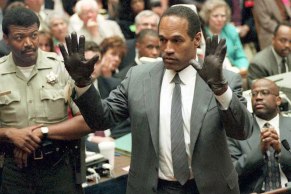 This year there doesn’t seem to be a clear front-runner either. We compiled a most anticipated list at the beginning of the year and already 6 of those titles have been pushed to 2016 including our #1 pick “Tom Clancy’s The Division.”

It’s clear that the transition into the new generation of gaming has proved to be trying on many game developers. However, with a rather successful E3 this year, and the long-awaited announcement of “Fallout 4” for 2016. There are many reasons to be hopeful for the future.

But what about 2015? What will be the game of the year this year?
END_OF_DOCUMENT_TOKEN_TO_BE_REPLACED

We are still in an odd dark period with next-generation gaming. With few outstanding exclusives on the Xbox One and PlayStation 4 it’s hard not to see why the real dominant gaming device of this generation is PC.

Last year, the most advertise and anticipated game was “Destiny” which earned lukewarm reviews and didn’t make it into our top 10 for this year’s M10 Awards.

“Dragon Age: Inquisition” ended up being arguably 2014’s strongest game, which no one really expected or saw coming. This year’s early high score goes to another under-advertised game, which happens to be an exclusive for Sony – and that’s “Bloodborne.”

“Bloodborne” has earned a stunning 93 on Metacritic with 58 reviews accounted for. Other notable games that earned a 93 are “Minecraft,” “BioShock Infinite,” Fallout 3,” Soul Calibur II,” “God of War II,” and “Tom Clancy’s Splinter Cell.”

92 was the highest score on Metacritic for a console game that wasn’t a remake, or an iOS game, and that went to “Super Smash Bros. for Wii U” an exclusive for the Wii U.

This kind of score easily brings “Bloodborne” to the top of the “Best of 2015” list, but what can rival it? “Batman: Arkham Knight?” “Tom Clancy’s The Division?”

With Video Games it is very difficult to pinpoint what might be the best of 2015 come this time in 2016. In today’s world a lot of the great games are independently made and fly under the radar. Also many games will be announced during E3 2015, most of those titles will likely be 2016 releases, but some will make it just in time.

Some of our titles on our list this year were actually on our Most Anticipated list last year. Now that the developers have had enough time to make the games perfect for gamers, we can really bet that they will be strong.

“Tom Clancy’s The Division” looks beautiful and has the potential to become the next defining multiplayer experience. People were excited to see this game come out in 2014, but in May last year the game was delayed to 2015. An anonymous source inside Ubisoft Massive stated “The game engine works well, it’s not done, but works well. The actual game development has barely started, however.”

There is no official release date, but there’s a strong chance the game will be released this year.
END_OF_DOCUMENT_TOKEN_TO_BE_REPLACED

June 10th is when E3 2014 will begin. We will hear about new technology, and most importantly new next-gen games. E3 2013 seemed to be all about the new consoles (and rightfully so), but a lot of the new games were glossed over. Many games announced last year have been delayed such as “The Witcher 3,” “The Division,” and “Halo 5: Guardians” game.  So expect to hear more about all of these and less about distant future titles. END_OF_DOCUMENT_TOKEN_TO_BE_REPLACED

For now here is our list for what could potentially be the top 10 video games of 2014 at the end of the year: END_OF_DOCUMENT_TOKEN_TO_BE_REPLACED

We have the new consoles, now it’s time to see what they can really do. Even though 2014’s slate doesn’t seem as impressive as last years, we still have a lot to look forward to. We are not including titles that have already been released to this point. This list was created February, 5 2014.

Here are the top 20 most anticipated video games of 2014: