END_OF_DOCUMENT_TOKEN_TO_BE_REPLACED

When I had heard that the Oscar-winning actor had passes away, I felt devastated. More than I usually would for a Hollywood actor I have never met, but calling Philip Seymour Hoffman a Hollywood actor wouldn’t do him justice. He was a master of the craft, he was one of the greatest actors of all time. Period.

The first film I watched with Hoffman in it was “Doubt,” I had heard great things about him in “Capote,” but never got around to seeing it. In the climax of “Doubt” Philip Seymour Hoffman and Meryl Streep square off and my mouth was on the floor. I was in shock, I had never seen such an impressive display of acting.

In the spirit of Media 10, we have put together Philip Seymour Hoffman’s top 10 performances. We are still waiting to see how he does in “A Most Wanted Man” along with some other potential Oscar contenders, but for now here is where the list stands. Normally it’d be counter-productive to create a list like this, because we all thought Hoffman had dozens of great performances left in him. Such a tragedy.

Here is Philip Seymour Hoffman’s Legacy. His top 10 Performances of his career:

END_OF_DOCUMENT_TOKEN_TO_BE_REPLACED

Remember, this list will be updated each year and films may fall shorter or fall off completely each year. Movies (like fine wine) can get better with age. So here is where we stand as of now at the end of 2013.  END_OF_DOCUMENT_TOKEN_TO_BE_REPLACED

END_OF_DOCUMENT_TOKEN_TO_BE_REPLACED

I have included my top 20 as well which is vastly different: END_OF_DOCUMENT_TOKEN_TO_BE_REPLACED 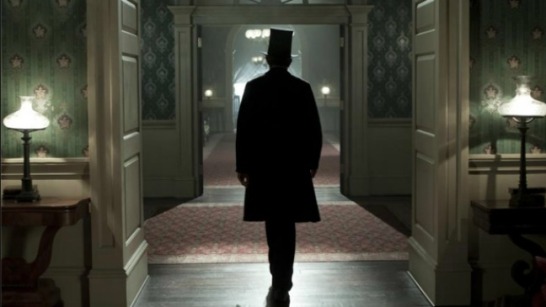 Whoa! What happened? So, myself and a lot of the more “professional” Oscar predictors did a pretty mediocre job on their predictions, especially in the Best Director category. But I thought the nominations were more thought provoking than previous years. It shows that the Academy is a group of wildcards really.

So here is the list of winners and losers after the nominations were announced per category: END_OF_DOCUMENT_TOKEN_TO_BE_REPLACED

I know it’s real late, but I needed to put on record my final predictions for the Golden Globes. You can find more of my predictions on my Gold Derby page. So here they are after the jump: END_OF_DOCUMENT_TOKEN_TO_BE_REPLACED

Tonight, November 26, the Gotham Independent Film Awards started off the slew of Film-Award ceremonies that are met with us this time of year. Many Oscarologists will tell you that these awards mean very little to the final race.

I agree, however there are two independent films currently trying to tunnel there way into the top 10. Beasts of the Southern Wild and Moonrise Kingdom. I still haven’t seen Beasts, but I was a huge fan of Moonrise Kingdom so I am glad the film got some attention, even if its win may have been an easy predict.

Here is a list of Tonight’s nominees and winners after the jump: END_OF_DOCUMENT_TOKEN_TO_BE_REPLACED