When I heard that there was a documentary out there about all the wild conspiracies behind Stanley Kubrick’s The Shining how could I resist? I love the film, it is brilliantly made and (as mentioned in the documentary) not many mysterious films can make you analyze and question its purpose 33 years after its release.

I didn’t realize people had conspiracy theories about The Shining until recently however, when I read an article and watched some Youtube videos about how Stanley Kubrick used the film to admit to the world his guilt of falsely recording the Apollo 11 moon landing. Crazy and outlandish right?  END_OF_DOCUMENT_TOKEN_TO_BE_REPLACED

Wes Anderson has directed seven films in his career. Of those films he has also written them (most of the time with a co-writer). All seven of these films have similar things in common, from their symmetrical shots to their color palettes. A common theme in a Wes Anderson film is dysfunctional characters.

Each character is layered in a way that they are suffering from some case of minor mental illness. Characters experience neurotic and unconventional behavior through these illnesses which can consist of bipolar disorder, depression, and a variety of social disorders. I am no psychiatrist, so I couldn’t simply tell you a diagnoses of each characters illness.

This illness within the main protagonists doesn’t mean we will find ourselves immersed in drama. Wes Anderson films are comedies and explore quirkiness around the manner of these illnesses. The more in-depth the illness is the more complex the character is. So without further ado, here is The Media 10’s Top 10 list for the most complex Wes Anderson characters: END_OF_DOCUMENT_TOKEN_TO_BE_REPLACED 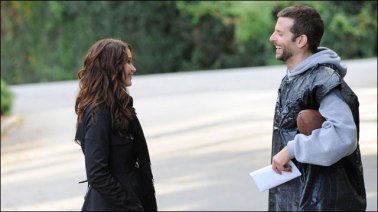 I recently wrote an article about What we learned from Telluride, Venice and Toronto. Within it I kind of hinted at what Oscar Predictions would be looking like come February (Ceremony has been moved to February, Announcement of nominations to January.)

I had meant to do my predictions earlier, but wanted to do some major research before posting them, a lot of mathematics and consideration help from other more popular Oscar bloggers at websites and most importantly Gold Derby, which takes all the bloggers predictions and narrows them in percentages.

So here are my predictions for the 2013 Oscar nominations at this point: