TV Analysis: Is the “How I Met Your Mother” ending inexcusable?

TV Analysis: Is the “How I Met Your Mother” ending inexcusable?

After nine long seasons, “How I Met Your Mother” has inevitably found its ending and many fans aren’t satisfied. There are also fans defending the series finale. Vulture was able to put together this impressive list of critics who were torn between loving and hating the finale.

Could there have been a more satisfactory ending? Especially considering that the ending was planned (the scene with the kids was shot a long time ago) ahead of time?

END_OF_DOCUMENT_TOKEN_TO_BE_REPLACED 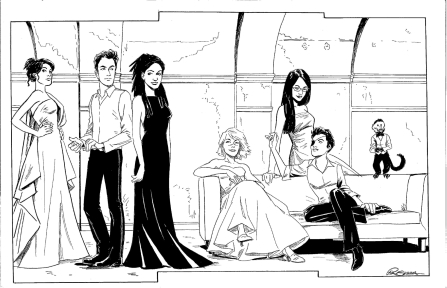 One of the most beloved comic series of the new millennium, “Y: The Last Man” was slated to be adapted a couple years ago. Unfortunately the last real news report about the project came in January when we learned that New Line Cinema was on the verge of losing the rights to the project unless they were to start production soon.

Originally “Distrubia” director D.J Caruso was slated to direct the project. Comic creator Brian K. Vaughn had written a screenplay that condensed the whole series into one film. Caruso wanted to fight to make it a trilogy given the comic series long length. Honestly, I trust Vaughn, but this series needs more than just one film. END_OF_DOCUMENT_TOKEN_TO_BE_REPLACED

When “The Lego Movie” was first announced the inner child in me was curious, but the adult in me was skeptical. Above action figures I played with Legos. I reimagined  my lego figurines in different adventurous scenarios and acted out whatever nonsensical epic that was in my imagination at the time. This isn’t something any adult would do usually. Even worse, this isn’t something many adults would even remember doing.

Trailers and T.V. spots demonstrated a nice fun kids film, but nothing special; at least that was my impression. Many critics and movie-goers were bewildered when every single second of “The Lego Movie” turned out to be entertaining. The film received an early “Cerified Fresh” title on Rotten Tomatoes with a score higher than this years Oscar front-runners. END_OF_DOCUMENT_TOKEN_TO_BE_REPLACED

TV Review: How I Met Your Mother “Farhampton”

TV Review: How I Met Your Mother: “Farhampton”
by Matthew Durham

Last night we were graced with the Season 8 premiere of How I Met Your Mother appropriately titled “Farhampton.” I have been a fan of this show through good times and bad times, and I plan to be with it even to its inevitable disappointing end.

The reason I say that is after all the seasons and episodes that contributed nothing to the titles suggested storyline, I can’t see how this series can be tied up with the prettiest of bows. But I believe for us fans none of that matters, we don’t watch the show cause we are sincerely interested in learning who the mother is, we watch it because it is funny and at times humbly sweet.