I grabbed a copy around Christmas 2013 of Matthew Soller Seitz’s “The Wes Anderson Collection” and it is easily one of the greatest coffee table books I have ever purchased.

Being a huge fan of Wes Anderson’s films I have followed all of Seitz’s promotional videos that spend 10-15 minutes analyzing the works of Wes Anderson. This analysis of “The Grand Budapest Hotel” can be perspective-shifting to those who weren’t originally converted by the films charm and wit.

As another sidenote, dear God the production design in this film is perfect. Absolutely perfect. You don’t have to be a Wes Anderson fan, but just a fan of cinema, to admire “The Grand Budapest Hotel” as an aesthetically strong film.

END_OF_DOCUMENT_TOKEN_TO_BE_REPLACED 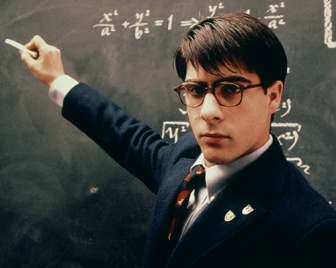 Wes Anderson has directed seven films in his career. Of those films he has also written them (most of the time with a co-writer). All seven of these films have similar things in common, from their symmetrical shots to their color palettes. A common theme in a Wes Anderson film is dysfunctional characters.

Each character is layered in a way that they are suffering from some case of minor mental illness. Characters experience neurotic and unconventional behavior through these illnesses which can consist of bipolar disorder, depression, and a variety of social disorders. I am no psychiatrist, so I couldn’t simply tell you a diagnoses of each characters illness.

This illness within the main protagonists doesn’t mean we will find ourselves immersed in drama. Wes Anderson films are comedies and explore quirkiness around the manner of these illnesses. The more in-depth the illness is the more complex the character is. So without further ado, here is The Media 10’s Top 10 list for the most complex Wes Anderson characters: END_OF_DOCUMENT_TOKEN_TO_BE_REPLACED