We’re getting closer. Now with the Golden Globe and SAG nominations out there, things are starting to clear up.

The only thing not really clear is “Star Wars” which we won’t know much about till midnight on the 16th. Still we are at a point where you can expect most of the nominees to look like what we have below.

So here are our current 2016 Oscar Predictions:

END_OF_DOCUMENT_TOKEN_TO_BE_REPLACED 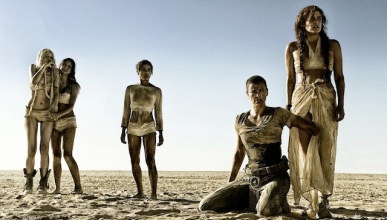 Check out our Oscar Page for our updated predictions!

Most notably, “The Revenant” has finally screened and pretty much confirmed our suspicions – it’s great.

The only downside is the potential to not be “Oscar-friendly” the way “Spotlight” is. I think the boundaries of Oscar will be truly revealed this year depending on how much the Academy hangs onto films like “Mad Max: Fury Road,” “The Hateful Eight,” “Star Wars,” and many more.

This is going to be an exhausting awards season. Since I’ve covered these (about 5 years) it hasn’t been this unpredictable, at least not to me. Still excited to see these great films and to enjoy our geekier version of fantasy football.

A lot of moves are being made now that the majority of films have been seen to some extent. We are now including the categories Original Song, Foreign Film, and Documentary Film as well.

Everything is up to date as of November 1st.

Keep voting in our sidebar polls, there will be more as the season progresses. And, as always, keep checking back to our Oscar page for updated predictions.

SN: “The Force Awakens” role in the Oscars

SN: “The Force Awakens” role in the Oscars

We’re a little too late in posting this trailer, but good God we’ve probably contributed about 100 of the views.

Among a lot of the unseen films in the Oscar prediction world, there is still one major film that many prognosticators aren’t talking about, and that is Force Awakens

“Star Wars” and “Empire Strikes Back” both didn’t fare well with awards, but if “Force Awakens” is able to pull out a Metacritic score in the 70s or 80s it may be very likely that it will enter the expanded Best Picture category.

As usual we’ve had the movie sweeping the technical categories, but “Best Picture” and “Screenplay” are still shaky. Also what about the actors? We put Mark Hamill as a dark horse in our predictions, but anyone could really stand out.

A fair prediction is that “Force Awakens” will dethrone “Avatar” as the highest-grossing film of all time. We have our Thursday night tickets, (my Kylo Ren action figure is also in the mail), so we’ll see.

What do you think “Force Awakens'” role at the Oscars will be?

SN: 5 months out, “The Revenant” voted most likely to win Best Picture

SN: 5 months out, “The Revenant” voted most likely to win Oscar for “Best Picture.”

In our sidebar “The Revenant” won with a significant margain for most likely to win the “Best Picture” Oscar.

We enjoyed seeing the responses in this poll, see we’re going to keep it going. We will have a Round 2 poll in the sidebar, not including any film that didn’t receive a vote in the first round.

We will probably keep this going until the ceremony, meanwhile individual polls asking about separate things will keep coming as well. 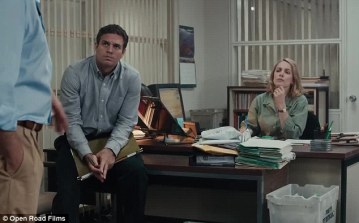 The festivals aren’t quite over yet. The New York Film Festival will kick off with Robert Zemeckis’ “The Walk” on the 25th. Meanwhile, in this comforting interlude, we decided to go ahead and give our predictions a much needed makeover after these past revealing weeks.

What have we learned?

Click “Continue Reading” to see all of our updated predictions, and stay tuned to our Oscar page throughout the New York Film Festival. END_OF_DOCUMENT_TOKEN_TO_BE_REPLACED

We’re just about half a year away from the 2016 Oscar ceremony. We have periodically kept our Oscar predictions up to date, but at this point we’d like to try and make the early call – Who’s winning this thing?

Thing may be looking identical to the 2015 Oscar ceremony, with Alejandro G. Iñárritu coming out with another visual impressive film: “The Revenant” which is looking more and more like our front-runner. Also with Eddie Redmayne with a strong lead role for “The Danish Girl.”

With that, three of our above-the-line categories will be repeats. Not to mention the strong potential of cinematographer Emmanuel Lubezki prevailing for “The Revenant” as well.

But let’s take this one category at a time: END_OF_DOCUMENT_TOKEN_TO_BE_REPLACED

Director Todd Haynes is receiving a bulk of praise after his film “Carol” debuted at Cannes earlier today to almost universal acclaim.

Outside of director Todd Haynes, Cate Blanchett and Rooney Mara have been receiving a good deal of accolades for their respective performances. Both are strong contenders for acting awards at the festival, but also strong early bird contenders for the Oscars.

Regarding the Oscars, there is still a gray area in whether Mara or Blanchett will be pushed in Lead or Supporting. It is likely that The Weinstein Company will separate them, though both may end up qualifying as lead performances. For now, in our own predictions, we will hold Blanchett (likely the new front-runner) in the lead actress category while placing Mara in the Supporting Actress category.

Our awards predictions will be updated shortly after the conclusion of the 2015 Cannes Film Festival.