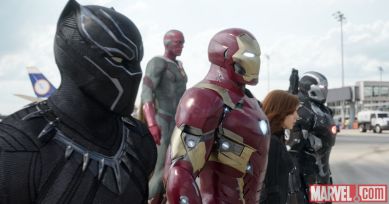 If you know me, I’m not exactly a die hard fan of the post-“Iron Man” Marvel cinematic universe. The villains are consistently stale and the action sequences are often bloated and over-long.

But I did, however, really like “Captain America: Civil War.”

It’s refreshing for a superhero film to deal with politics and ramifications of collateral damage and the civilians who lost their lives in those scenes we are supposed to find amusing.

In casual conversation, I find myself telling people that the first half of “Civil War” was as stale as any other Marvel film. Really long, and exhausting, fight scenes and awkward chemistry between characters.

The second half, however, flourishes as “Civil War” manages to do what “X-Men: Apocalypse,” “Spider-Man 3,” and “The Amazing Spider-Man 2” have failed to do – juggle multiple characters.

The film is appropriately titled “Captain America” as the conflict revolves around him. But I want to talk about Tony Stark. I’ve always found the character of Tony Stark unlikable, whether that’s appropriate or not. “Iron Man” was fine. A strong first half pits this arrogant billionaire in an uncomfortable situation; a weak second half then has him dealing with a very 2-dimensional villain.

Arrogance is a key trait for Tony Stark, the films often lean on it for comedic value. “Iron Man 2” was awful, because we didn’t see Tony grow in any way, shape, or form. Same with “The Avengers,” though he wasn’t the primary character.

Now in “Iron Man 3,” like most soldiers, we see Tony dealing with post-traumatic stress and that was interesting. Though the film drops that plotline 70% in. It is re-addressed now in “Civil War.” Dug up with the loss of his parents and his rough relationship with Potts.

And that’s just one character. The thing I loved about “Civil War” is that you can, to some extent, understand the positions of each character and why they are on that side. The Scarlet Witch has her development, Spider-Man’s infatuation with Stark, Black Panther reacting to the loss of his father.

The film does feel too long, but they were able to flesh out just about everyone to a degree. The Russo Brothers were able to manage it in a way that we don’t dwell on any particular emotion or situation. We didn’t need to visually “see” Stark’s relationship problems to understand that it was affecting his decision making in key moments.