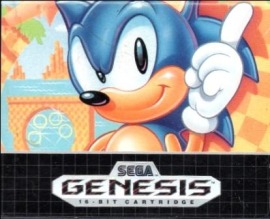 You can’t tell the story of a company’s mascot without knowing the history of the company first. The story of Sega begins where most good stories begin – World War II.

During WWII the number of men stationed at military bases had increased. Businessmen Martin Bromley, Irving Bromberg, and James Humpert saw a potential market regarding how soldiers spent their spare time.

They formed a company called “Standard Games” in Honolulu, Hawaii. Their company provided military bases with coin-operated amusement machines most of which were slot machines. 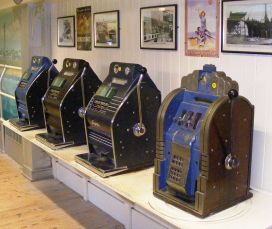 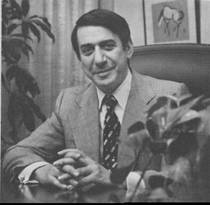 Rosen Enterprises grew to a chain of over 200 arcades, with Service Games of Japan as its only competitor. Rosen went on to orchestrate a merger between the two companies in 1965, becoming CEO of a new company – Sega Enterprises.

Within a year Sega began the transition from importer to manufacturer with the release of the Rosen designed submarine simulator game – “Periscope.” The light and sound effects were innovative for the time. After becoming a success in Japan the game was imported to both Europe and the United States, becoming the first arcade game in the U.S.A. to cost 25 cents per play.

After a meeting with Charles Bluhdorn in 1969, Rosen and partners agreed to sell SEGA Enterprises Ltd. to the conglomerate Gulf+Western Industries, Inc., although Rosen remained the CEO of the Sega division.
1979 – the Golden age of arcade games begins. Sega prospered from the arcade gaming boom of the late 70s with revenues surpassing $214 million. They produced hits such as “Zaxxon,” “SubRoc 3D,” “Astron Belt,” “Pengo,” “Carnival,” and more.

An overabundance of games in 1983 led to the video game crash, causing Sega’s revenues to drop to $136 million. At that point Sega decided it needed to move forward and release their first console – the SG-1000.

With Okawa at the helm The Sega Master System became their follow-up console. It was technically superior to the Nintendo Entertainment System (NES), but it failed to capture market share in North America due to highly aggressive strategies by Nintendo and poor marketing. Nintendo was beginning to cement its grip on the industry, while Atari was losing their grip.

With a competitive strategy to promote a follow-up console, the Sega Genesis, in 1989 in North America, Sega ofAmerica launched an anti-Nintendo campaign with the slogan “Genesis does what Nintendon’t.”

The battle of advertisements between Sega and Nintendo escalated one of the greatest console wars. Sega of America president Michael Katz, who implemented the campaign strategy, resigned with Tom Kalinske stepping on board, furthering the campaign.

Advertising executives knew it’d take more than a strategic attack campaign though. Nintendo had a mascot in Mario and the closest thing Sega had to that at the time was Alex Kidd. So as a preemptive strike against the release of the Super Nintendo Entertainment System (SNES), Sega re-branded itself with a new game mascot – Sonic the Hedgehog. 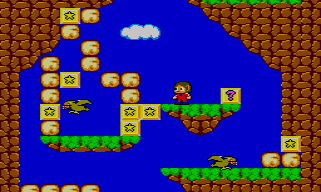 SNES wasn’t due to release until 1991, but let’s step back in time now. In 1990 Sega ordered its in-house development studio, AM8, to develop a game featuring a mascot for the company. Knowing that they would struggle to compete with Nintendo after the failure in North America with the Sega Master System.

Alex Kidd wouldn’t cut it. He was too similar to Mario and deemed unsatisfactory. Sega president Hayao Nakayama declared that he wanted a character as iconic as Mickey Mouse. At this time Mario was surging, “Super Mario Bros. 3” had just come out and he had become, almost single-handedly, the mascot for gaming.

AM8 eliminated character designs not associated with fast animals, including kangaroos and squirrels. One idea was a rabbit who was able to grasp objects with his ears, but proved too complicated for the available hardware.

They focused then on two animals Armadillos and Hedgehogs. The hedgehog character, first proposed by Naoto Ohshima prevailed, although the armadillo would later become basis for Mighty the Armadillo. 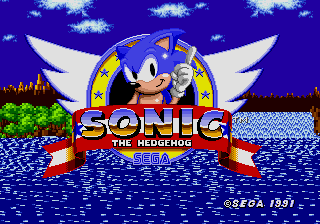 Ohshima admitted since that he created Sonic’s basic design by combining Felix the Cat’s head with Mickey Mouse’s body.

Sonic was originally teal, but to match the Sega logo he became dark blue. This also helped separate him from certain backgrounds. The new character was initially named Mr. Needlemouse, but AM8 changed his name to Sonic. AM8 would also change their name to “Sonic Team.”

Sega of America expressed concerns that most Americans, their focused audience, wouldn’t know what a hedgehog was.

The mascot was created and would make his debut in “Sonic the Hedgehog” in 1991. Programmer Yuji Naka created a prototype that was a platform game with a fast-moving character rolling a ball through a long winding tube. Ohshima would do the character design with Hirokazu Yashuhara as the level designer. Yashuhara originally intended to work on the game for three months due to the delay of his planned move to the United States by the outbreak of the Gulf War, but was engrossed in the project for nearly a year. 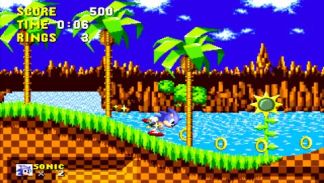 Yashuhara’s designs were intended to attract both hardcore and casual gamers. Due to the need to demonstrate the Genesis’ technological prowess, the developing game underwent extensive testing and redesign, a process taking over six months. According to Yuji Naka, the game had the fastest-ever character speed in a video game and a rotation effect in the special stages that was considered impossible on the console. 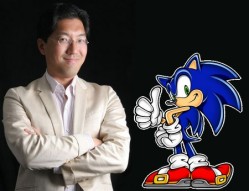 Naka’s relationship with Sega of Japan was tenuous during this time; he received little credit for his involvement in the game. Sega of America hired him later. Before leaving, he defied Sega of Japan’s prohibition of developer credits by displaying a few names in black text on a black background, identifiable only by looking at the game’s code.

The smooth and sleek gameplay and characteristics of “Sonic the Hedgehog” were raved about. Sega set out to create a mascot and to put a foothold in the console industry. They succeeded all expectations. “Sonic the Hedgehog” contributed to Sega’s popularity in North America, during the 1991 holiday season the Genesis outsold the Super Nintendo by a two-to-one ratio, and at its January 1992 peak claimed 65 percent of the market for 16-bit consoles. 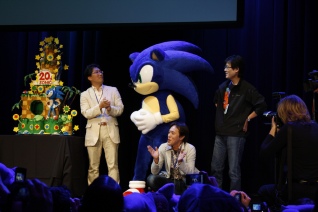 Several more “Sonic the Hedgehog” games were released on the Genesis to substantial popularity, but we all know how this story ends.

After the monumental financial failure of the Sega Saturn, Sega scrambled to get a console out there to compete with the Nintendo 64 and PlayStation. The Sega Dreamcast proved to be too expensive for gamers who were already looking ahead to the PlayStation 2 and Gamecube.

In late 1999, Sega Enterprises Chairman, and good friend of David Rosen,  Isao Okawa spoke at an Okawa Foundation meeting. He said that Sega’s focus in the future would officially shift from hardware to software, the Sega Dreamcast would be their final home console. 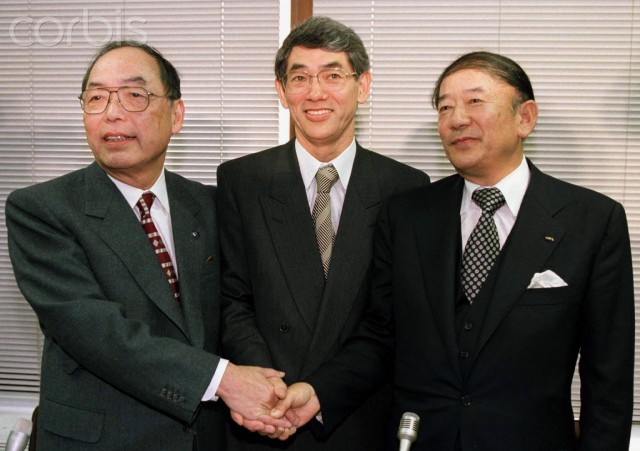 It wasn’t enough. In March 2002 Sega had five consecutive fiscal years of net losses. Isao Okawa, before his death in 2001, gave the company a $692 million private donation to help protect the company from these losses. He also talked to Microsoft about a sale or merger with their Xbox division, but those talks failed.

In August 2003, Sammy, one of the biggest pachinko and pachislot manufacturing companies bought the outstanding 22% of shares that CSK had, and Sammy chairman Hajime Satomi became CEO of Sega. Today his grandson Haruki Satomi sits as CEO of Sega Games Co., LTD.

The “Sonic the Hedgehog” series continued to be internationally recognized, even today. Although critical reception of new games has been mixed.