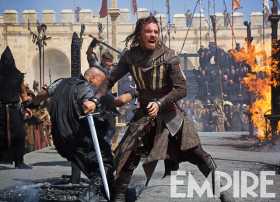 I’m talking specifically about “Warcraft” and “Assassin’s Creed” to films coming out in 2016 that are based off of very successful games. Both of which are likely to make little money, especially given the history of Video Game movies.

“Prince of Persia: Sands of Time” was the most financially successful video game movie, and it was still considered a box office bomb. And after so many failed attempts can we really expect the film industry, which is about business first and art second, to invest more money into these adaptations?

The last video game movie we had failed miserably at the box office. “Hitman: Agent 47” was the second attempt to translate the “Hitman” franchise to the big screen. Just like “Fantastic Four” I doubt we’ll see another attempt in our lifetime on this franchise.

The odds are stacked against “Warcraft” and “Assassin’s Creed.” “Warcraft” has a strong director in Duncan Jones (son of the late David Bowie, director of “Source Code” and “Moon”), but nothing about its recent trailer really stood out. It looks like “The Golden Compass” meets “The Lord of the Rings.” It could be good, like “Lord of the Rings,” but it’ll likely have the box office of a “Golden Compass.”

Every single thing I’ve heard about “Assassin’s Creed” makes me excited for the film even though I am not a fan of the video game franchise. But a December release date right around the time “Rogue One” comes out? The studio should definitely give it a spring or summer 2017 push if they have confidence in the film.

It is necessary for both these films to be decent because if they are not we will not see industry money invested in a video game adaptation for some time.

I once heard someone say how “Prince of Persia” could’ve been the “Iron Man” for video game movies. “Iron Man” vaulted a sea of marketability for comic book adaptations and superhero films. Now we have a plethora of them. I believe that’ll happen with video game movies eventually, but am seriously doubting that it will happen in 2016 with “Warcraft” or “Assassin’s Creed.”