SN: Why are the Oscars so white? 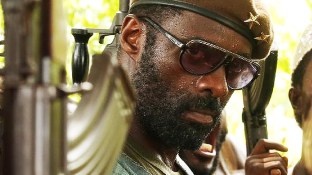 SN: Why are the Oscars so white?

The only thing more predictable than the actual nominations announced last Thursday was the fact that there would be an Oscar controversy regarding race.

I don’t usually touch on these issues since I myself am a white man and could never understand the turmoils of being in a minority race or gender. Also I never feel like I can add much to the conversation, these things just suck.

Idris Elba was the greatest bet, but he was never cemented.

I think what should be more revealing that we aren’t talking about more “snubbed” performances. Every year we go through this, every year there is a controversy but having a controversy is important.

To say all Academy voters are racist is to make a generalization. The point is to not make generalizations, and plus that’s implausible. It is also implausible to say none of them are racist. I’m sure there are a few bad apples, but not enough to completely withdraw votes from a minority candidate.

Again, broken record probably not adding much to the conversation, but the exclusive film industry and lack of roles for minorities both behind and in front of the camera are a problem and each year the Oscars bring that issue to light.

It’s a shame that with the “OscarsSoWhite” campaign that the Academy members are all taking the blame for this, but it is incredibly important that people are bringing this issue front and center. Maybe then studio executives and the big wigs on top can actually do something about it.

One thought on “SN: Why are the Oscars so white?”