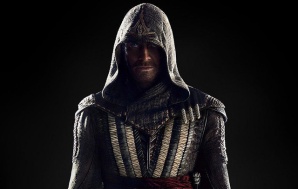 2016 may be an even more interesting year for the movie industry. We dive deeper into the “Star Wars” franchise, we expand the “Star Trek” and “Harry Potter” franchises and DC Comics arrives super late to the comic book adaptation game.

Some of these films make my top 10, but not all of them. I’ve notably excluded “Batman v. Superman: Dawn of Justice” because I’m really not excited for it. I’m also not particularly excited for any Marvel film (“Captain America,” “Deadpool,” “Doctor Strange”), not excited for many reboots such as “Ghostbusters,” and not really excited for sequels such as “Finding Dory” or “Zoolander 2,” even though both could turn out very good.

Here are my personal top 10 starting with some honorable mentions:

Synopsis: Richard and Mildred Loving, an interracial couple, are sentenced to prison in Virginia in 1958 for getting married.

After “Take Shelter” and “Mud” I became a Jeff Nichols fan. “Midnight Special” unfortunately got the early 2016 push indicating that it wasn’t award-contention material. I’m still excited for it as well. However, the concept behind “Loving” seems like a very mature subject for the relative newcomer to tackle. I can’t wait to see how Nichols handles the subject matter. 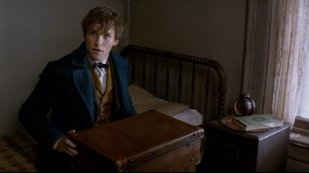 9. Fantastic Beasts and Where to Find Them

Synopsis: The adventures of writer Newt Scamander in New York’s secret community of witches and wizards seventy years before Harry Potter reads his book in school.

I consider myself a “Harry Potter” fan, and I’m greatful to see director David Yates and writer JK Rowling working together again. I’m a little reluctant about this new franchise, but truthfully, like many Potter fans, I just want to spend a little more time in that magical universe. 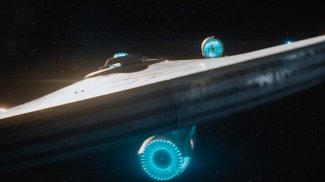 8. Star Trek Beyond
Synopsis: N/A
More of the fanboy in me. Even with a lackluster trailer that inspired little to no confidence in Lin’s helming of the franchise, I am still always going to be there opening night for anything “Star Trek.” I love spending time in this universe as well, but hopefully it won’t be, as a redditor put it – “2 Star 2 Trek: Romulan Drift” 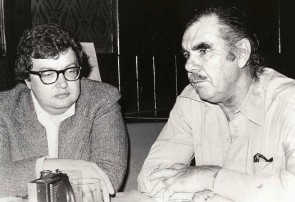 7. Russ & Roger Go Beyond
Synopsis: Independent filmmaker Russ Meyer teams up with film critic and fledgling screenwriter, Roger Ebert to make the 1970 film, “Beyond the Valley of the Dolls.”
I loved the idea of Winterbottom casting both Josh Gad and Will Ferrell as the leads of this film which could prove to be both comedic and poignant.  I also love the idea that one of the greatest movie critics of all time will be portrayed in a potentially solid film. Wonder what he would’ve thought of it.

6. Story of Your Life
Synopsis: Taking place after alien crafts land around the world, an expert linguist is recruited by the military to determine whether they come in peace or are a threat.
Another filmmaker who earned my affirmation is Denis Villeneuve, and what a bizarre subject for him to tackle. But after “Prisoners” and “Sicario” there’s no doubt the man is talented, and with the help of Amy Adams and Jeremy Renner, this should be a solid sci-fi film.

5. Hail, Caesar!
Synopsis: A Hollywood fixer in the 1950s works to keep the studio’s stars in line.
The early 2016 release date doesn’t inspire confidence, but who cares? Even divisive Coen Brothers is still good Coen Brothers. Hell, I even loved “Burn After Reading.” The trailer looked solid and entertaining, so there’s no doubt I will thoroughly enjoy this film. 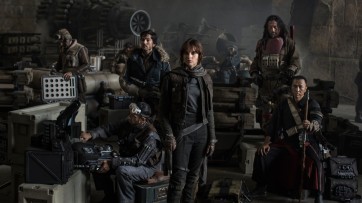 4. Rogue One: A Star Wars Story
Synopsis: Rebels set out on a mission to steal the plans for the Death Star.
We are only one year into the Disney-Star Wars-film-a-thon and I’m already feeling exhausted. The terrible truth is though, I love “Star Wars” any and everything “Star Wars.” The action figures, the useless knick knacks… I have completely bought into all things “Star Wars.” Go ahead and through “Rogue One” onto that list as well. 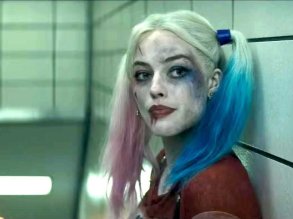 3. Suicide Squad
Synopsis: A secret government agency recruits imprisoned supervillains to execute dangerous black ops missions in exchange for clemency.
There is going to, at least, be one great DC comic book movie in 2016, and it’s going to be David Ayer’s “Suicide Squad.” This film looks so unique, edgy, and different which gives me faint flashbacks to when I watched the trailers to “Mad Max: Fury Road.” I think “Suicide Squad” will be a solid film and I can’t wait for it. 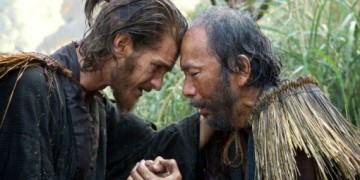 2. Silence
Synopsis: In the seventeenth century, two Jesuit priests face violence and persecution when they travel to Japan to locate their mentor and propagate Christianity.
Martin Scorsese is a director who is constantly seeking ways to challenge himself. Known primarily for his additions to the “gangster” drama, Scorsese has exceled when branching out with films like “Raging Bull,” “The Last Temptation of Christ,” and “The Wolf of Wall Street.” I suspect “Silence” will be a major Oscar contender.

1. Console Wars
Synopsis: Employees at the gaming company SEGA try to make a more popular device than the ones made by their dominant rival, Nintendo.
I’ve researched so much about the trials and tribulations of Sega throughout the 90s as well as Nintendo and Sony. I haven’t read the book that this Evan Goldberg, Seth Rogen adaptation is based on, but I am in absolute love with this subject matter. I think Goldberg and Rogen have proven themselves as a solid directoral team, and will be able to handle a story that is slightly more serioues, but yields for a lot of humor.