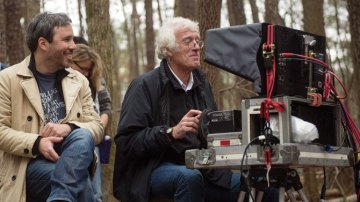 People often forget that Alfred Hitchcock, in his prime, never won an Oscar. He was nominated 5 times for Best Director, but lost each time. Eventually he was awarded the honorary Irving G. Thalberg Memorial Award by the Academy in 1968.

Awards, including Oscars, can sometimes feel like sporting events where people back a certain “team” and root for them from the moment that movie premieres to the ceremony at the dawn of spring.

This is why Leonardo DiCaprio’s lack of an Oscar has become an ever-growing concern for many people. People see him deliver exceptional performances almost bi-annually while he doesn’t reap any benefits.

The other day when I was driving to work, someone had a bumper sticker with a hashtag (I’ll paraphrase here) that was something along the lines of #GiveLeoanOscar. Several campaigns across the internet have been launched about this, and it has spawned several internet jokes.

Roger Deakins is one of the greatest cinematographers, not just working today, but of all time. You can usually find his work in a Coen Brothers film such as “True Grit,” “Fargo,” and “O Brother, Where Art Thou?”

We studied Deakins extensively in film school, and he has been an active presence in the cinematic world for over 20 years. He has earned an Oscar nomination every year for the last three years for “Skyfall” in 2013, then “Prisoners” in 2014, then “Unbroken” in 2015, and he will likely receive a nomination for “Sicario” this year.

Now in 2016, he goes against Lubezki yet again. The all-natural lighting of “The Revenant” vs. the gritty beauty of “Sicario.”

People root for Leonardo DiCaprio because he is in front of the camera. People know him, they relate to him. While Roger Deakins provides beautiful imagery in his films, he’s not a familiar face.

Leonardo DiCaprio’s time will come, and hopefully so will Roger Deakins’ time. For now, if you want more proof on who has been snubbed more often, take a look below at the screenshots from IMDB. 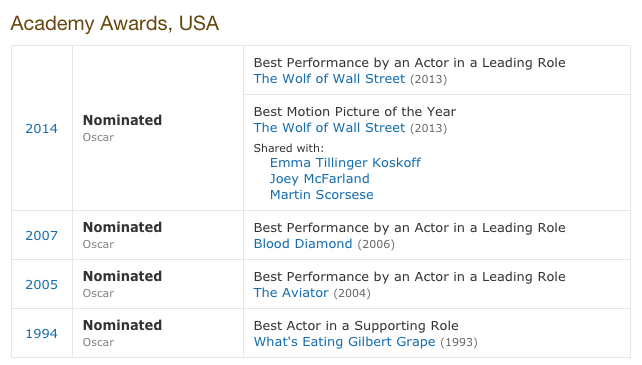