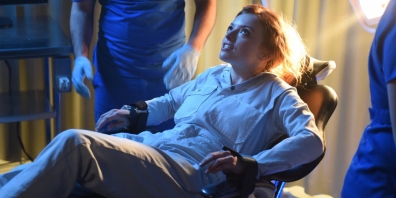 Season 1, Episode 3: Much better. The only storyline now that I’m having trouble getting invested in is Carlos’ over in California. After this episode I realized that “Heroes” has always been at its best when it accepts what it is, not a “Superhero” show, but a “Mystery.” Episode 3 focuses more on the mystery aspects.

Season 1, Episode 1+2: “Heroes” was a solid show, still one of the best first seasons of all time. The show had a steady decline till it was off the air. Now it’s back and two hours which may have been a little too much. Pilot episodes are usually rough out-the-gate, but in this two hours the show has done little to make us care about the majority of storylines that it has introduced. Also, what was with the video game sequence? Ambitious, but I don’t know how I feel about that.