SideNote: “The Last Man on Earth” and the unlikable protagonist 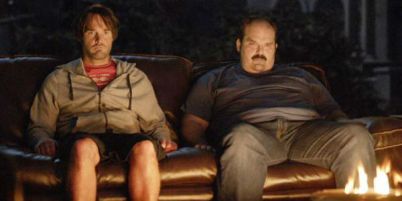 SideNote: “The Last Man on Earth” and the unlikable protagonist

Fox’s new show “The Last Man on Earth” wrapped up its first season and after the comical, slapstick humor of the first episode, we were shown an entirely different show filled with, at times, brutally awkward jokes and a very unlikable protagonist.

“The Last Man on Earth’s” lead character, Phil “Tandy” Miller, is so unlikable that many critics and viewers stated that it turned them off from the show entirely. Show co-creators Phil Lord and Chris Miller explained themselves a little bit in an interview with Vulture. It is an interesting read if you have the time.

I felt downright uncomfortable at many times in “The Last Man on Earth,” it had moments where the levels of tension were as intense as most television dramas can be. I rooted for Phil Miller, but in a completely different sense of the word. When Phil Miller started acting despicable I’d root for him to get his comeuppance, and sure enough it always happened. Then, after that, I rooted for him to get his act together and learn from his past mistakes.

In Phil’s defense every character in this show is despicable in their own way, whether it’s being lustful, shallow, or compulsive. None of them really seem to have a grasp on how to socialize with one another, which makes sense in a post-apocalyptic world. Phil is on top of this self-centered mountain though, and what I really love about “The Last Man on Earth” is how the writers, instead of putting themselves in Phil Miller’s shoes, have assumed the role of God to this world, punishing Phil as much as they can.

The show features a jerk surrounded by lesser-jerks being dealt karma on a regular basis. I found myself cringing in just about every episode of this season, but it didn’t ruin the show for me (like it did for some). I still looked forward to watching it every Sunday, and I can’t wait to see the direction they take the second season.