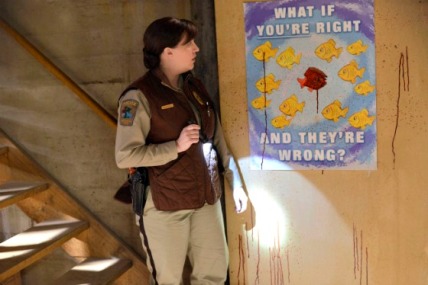 “The Philosophy of the Coen Brothers” is a book that collects essays about Joel and Ethan Coens’ films and dives into their deeper meanings. In this book their is an essay titled “The Coens’ Tragic Western” by Richard Gilmore. The essay begins with a quote for Cormac McCarthy from his novel “No Country for Old Men”:

“The point is there ain’t no point.”

Here is a passage from the Essay:

“How true a story is allegorically may even be the measure of a philosophy or of a work of literature, in general. This is very much, it seems to me, the measure of the value of the movies of the Coen brothers. Nearly all of their movies tell stories that are unbelievable at the literal level. It is certainly true that they are stories, but it is also true that they are in their own ways true stories, stories that reveal true things about the way the world is and about our ways of being in the world. It is precisely in this way that their movies function like philosophy.” 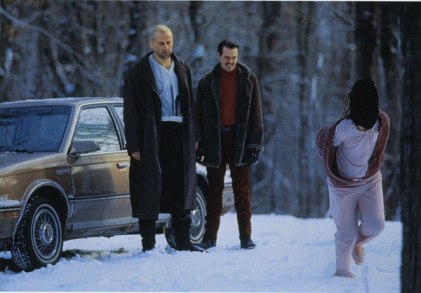 It isn’t such a bold statement to say that Joel and Ethan Coen combine to make two of the greatest film directors of modern times. Many of their films can be interpreted to have a lot to say about human nature versus circumstance. Quite a few of them can be summed it with that Cormac McCarthy line: The point is there ain’t no point.

In 1996 when “Fargo” was first release, we all saw the disclaimer:

“THIS IS A TRUE STORY. The events depicted in this film took place in Minnesota in 1987. At the request of the survivors, the names have been changed. Out of respect for the dead, the rest has been told exactly as it occurred.” 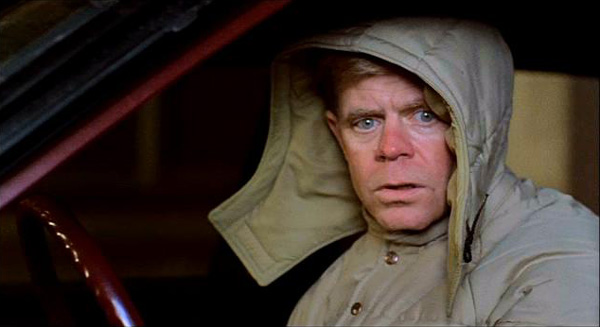 The plot of “Fargo” is fictional. The Coen brothers claimed that many events that take place in the movie were based on several different cases they threw together to make one story. Joel Coen said “We weren’t interested in that kind of fidelity. The basic events are the same as in the real case, but the characterizations are fully imagined… If an audience believes something is based on a real event, it gives you permission to do things they might otherwise not accept.”

The main case that inspired the movie was said to be the 1986 murder of Helle Crafts from Connecticut at the hands of her husband, Richard, who disposed of her body through a wood chipper, but that is about as “true” as “Fargo” gets. 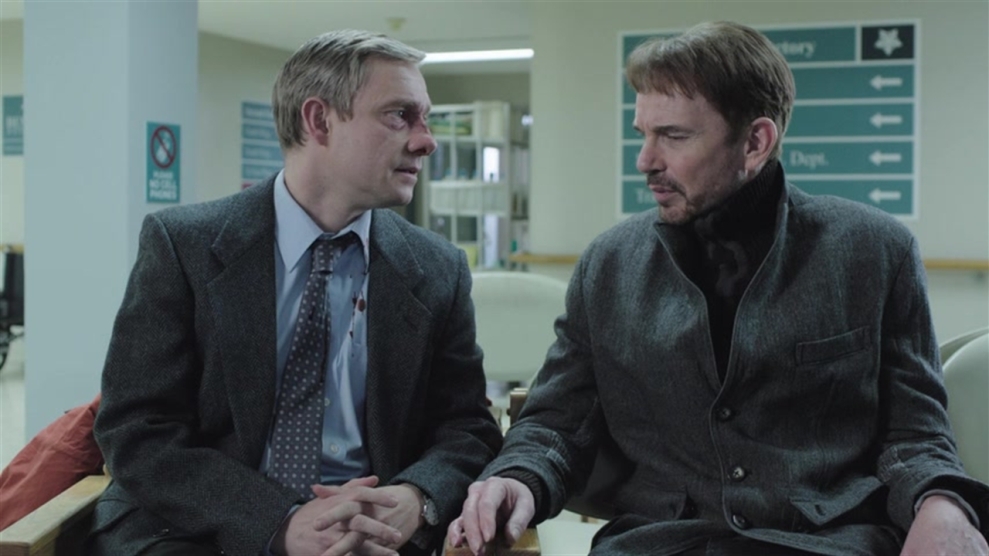 On April 15, 2014 FX got glowing reviews for their new show “Fargo,” inspired by the 1996 Coen brother film. It was a 10 episode first season, but still one whole story. This show had no theme song, instead it started out, usually with a scenery shot of the snowy north, followed by the same superimposed disclaimer: “This is a True Story….”

Just like the film, the claim is completely fictional. Showrunner Noah Hawley continued to use the Coen’s device in each episode, saying that it allowed him to tell “a story in a new way.”

In 1996 not many film-goes had attended a film that blatantly lied, not lie, “deceived” them in the first five minutes. Many thought this was a true story and couldn’t believe the horrific events that were happening, at times comically, in front of them. 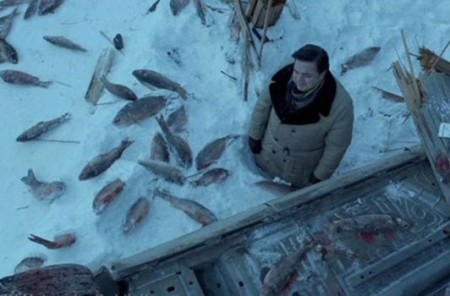 In 1996 Roger Ebert wrote an article for the Chicago Sun-Times titled “Sleepers’ Casts Faith to the Wind.” He wrote: “All movies are in some way fiction, so what does it matter? The Coen brothers’ “Fargo” claimed to be based on a true story, and they admit it wasn’t; the “true story” bit at the beginning was just a stylistic device.”

To an unknowing film-goer this disclaimer alone could alter the whole way they view the movie. Gilmore’s essay touches on the disclaimer from a philosophical standpoint – It may not be a true story, but it is a TRUE story with true philosophy. Roger Ebert brings up the idea that even stories that are wholeheartedly based on factual conflict can only be re-imagined through elements of fiction.

It’s always fun, and sometimes educational, to see a re-imagining of any historic, or even non-historic event. But at it’s core, film is interpretation, and each film is structured to drive home a point and exist in an exterior world where conflicts don’t always come paired with some point or some moral. Movies and shows can enlighten us in many subjects, but when it comes to material based on or inspired by true events, take it with a grain of salt and just enjoy the message that the interpreter or filmmaker is trying to convey.