TIME Magazine editor James Poniewozik wrote in 2007, “This mafia saga showed just how complex and involving TV storytelling could be, inspiring an explosion of ambitious dramas on cable and off.”

“The Sopranos” has had a significant impact on the shape of the narrative television, often being cited as one of the most influential artistic works of the 2000s. All of your favorite long-form serial television shows today exist with help in part from David Chase’s crime-saga: “The Sopranos.” 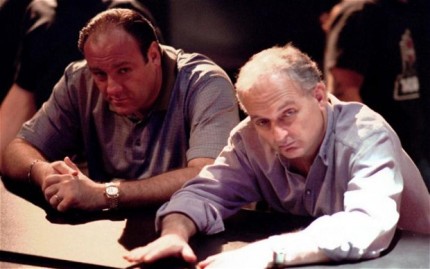 Show creator David Chase had worked as a television producer for over 20 years. He made his television directing debut in 1986 with the “Enough Rope for Two” episode of the “Alfred Hitchcock Presents” revival. He later directed more episodes for the series. He was a show-runner in the 1990s for “I’ll Fly Away” and “Northern Exposure.”  His credits also include a television film that he wrote and directed in 1996 called “The Rockford Files: Punishment and Crime.” Chase had won his first Emmy in 1978 for “The Rockford Files,” shared with fellow producers, and his second Emmy came for writing the 1980 television film “Off the Minnesota Strip.”

It’s safe to say that Chase wasn’t walking into his next show blind. “The Sopranos” was originally conceived as a feature film about “a mobster in therapy having problems with his mother.” Chase drew inspiration from his personal life growing up in New Jersey. He also stated that he tried to “apply (his own) family dynamic to mobsters.” Tony’s relationship with his mother, Livia, is partially based on Chase’s relationship with his own mother and he also spent time and therapy modeling Dr. Jennifer Melfi after his own psychiatrist.

After input from his manager, Lloyd Braun, Chase decided to adapt it into a television series. In 1995 he signed a development deal with the production company Brillstein-Grey and wrote the original pilot script.

Chase and producer Brad Grey, then of Brillstein-Grey, pitched “The Sopranos” to multiple networks; Fox showed interest but past on it.  Chase and Grey then pitched the show to Chris Albrecht, at the time the president of HBO Original Programming, he decided to finance the shooting of a pilot episode. 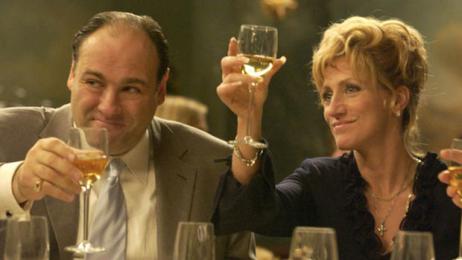 The cast consisted primarily of relatively unknown actors and actresses. James Gandolfini was invited to audition after casting director Susan Fitzgerald saw a short clip of his performance in the 1993 film “True Romance.” Lorraine Bracco, like many of the cast members, were veterans of Martin Scorsese’s “Goodfellas,” she was originally asked to play Carmela, but asked to play Dr. Jennifer Melfi instead saying that she wanted to try something different and felt that the part would be more challenging. Another interesting situation was the casting of Tony Sirico, a man with a history in crime who signed on to play Paulie Walnuts as long as his character was not a “rat.”

David Chase directed the pilot himself, once he finished he showed it to HBO executives, who then put the show on hold for several months. During this time Chase asked HBO for more money to shoot 45 more minutes of footage so that he could release “The Sopranos” as a feature film. In December 1997, HBO decided to produce the series and ordered a 13-episode season.

The show premiered on January 10, 1999 and became the second hour-long television drama produced by HBO, the first was the prison drama “Oz.” 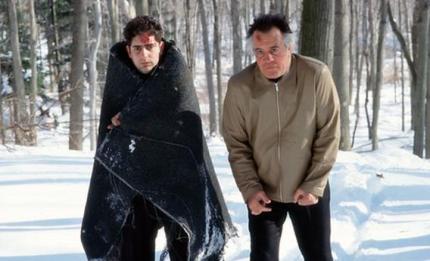 Following the initial airing in 1999, The New York Times stated “(The Sopranos) just may be the greatest work of American popular culture of the last quarter century.” From the first season forward “The Sopranos” received overwhelmingly positive reviews. Phrases like “best off..” and “history of television” were commonplace.

The show won a plethora of Emmy and Golden Globe awards. It was nominated for the Primetime Emmy Award for Outstanding Drama Series in every year that it was eligible, it would finally win that category in 2004, and again in 2007. Winning in 2004 made it the first series on a cable network to win the award. The show earned 21 nominations for Outstanding Writing for a Drama Series and won the award six time, David Chase being the recipient 3 times.

“The Sopranos” won at least one Emmy Award for acting in every eligible year except for 2006 and 2007. James Gandolfini and Edie Falco were each nominated six times for Outstanding Lead Actor and Actress, both won a total of three awards. Joe Pantoliano won an Emmy for Outstanding Supporting Actor in 2003, and Michael Imperioli and Drea de Matteo also won Emmys in 2004 for their supporting roles on the show.

The series last six seasons and aired its final episode on June 10, 2007 with a shocking and divisive ending. The show was later syndicated with some of the more mature content censored on A&E.

“The Sopranos” would leave behind a legacy that is unmatched in the world of television. Michael Flaherty of The Hollywood Reporter stated that the show “helped launch (HBO’s) reputation as a destination for talent looking, for cutting-edge original series work.”

In 2007, Maureen Ryan of PopMatters said that “No one-hour drama series has had a bigger impact on how stories are told on the small screen, or more influence on what kind of fare we’ve been offered by an ever-growing array of television networks.”

In the end you don’t have to love the classic films, TV shows, or video games that shaped the medium for today, but you should be thankful that there are works of art out there like “The Sopranos” pushing boundaries, taking giant leaps, and influencing many great works of art for the future.