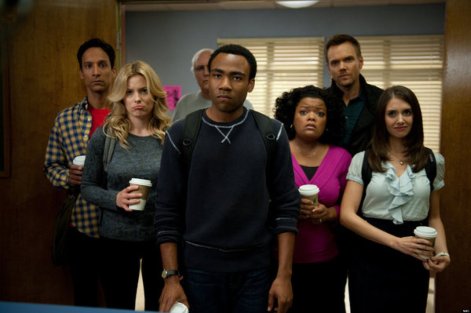 Many hearts were broken when NBC announced that it wouldn’t be picking up cult-favorite comedy “Community” for a sixth season. Hope sprung that Sony was shopping the show around so that it may receive it’s sixth season, and maybe even a movie, but the light is fading quickly as TV Line reports that Hulu has abandoned acquiring the show.

Here are the Top 20: Episodes of “Community”:

Outside of having a cast of strong likable misfits, “Community” had a way of making things work when they got… supernatural. Remedial Chaos Theory is the same length as all the other episodes of “Community,” but it covers so much more all while delivering outrageous laughs from some of the wackiest scenarios we’ve ever seen. The out-of-the-box approach to many “Community” episodes would’ve fallen flat in any other TV series, but here is a prime example of how they made it all work and come together.

Chris McKenna was nominated for a Primetime Emmy for writing Remedial Chaos Theory. The only other Emmy nomination the show got was in “Outstanding Individual Achievement in Animation” that Drew Hodges won for Abed’s Uncontrollable Christmas.

This episode is often cited as being the reason that “Community” ran as long as it did. Season to season “Community” was always on the bubble. It was more difficult in Season 1 as Dan Harmon and his crew tried to figure out exactly what they wanted to do with the series. Modern Warfare was a giant leap in the right direction. It made colorful use of the campus, and it was simply hysterical watching these characters in this setting.

The bottle episode, as Abed would call it. In this episode no one leaves the Study Room until they can figure out who stole Annie’s pen. So many episodes kept the characters in the same location, and they always worked so well off each other. This episode demonstrates how the banter amongst the characters could drive the story forward all by itself. It’s brilliant. 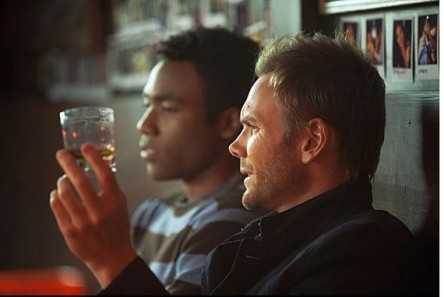 On Troy’s 21st birthday, him and the study group go to a bar. Episodes like Mixology Certification would really show us the human side of all the characters. They could be blissfully whimsical in one episode and then the voice of reason in the next episode. Troy is often seen as dimwitted, but in this episode he matures and grows as a character. Not to mention the interesting contrast to how it was his 21st birthday and he was the most sober of all the characters. 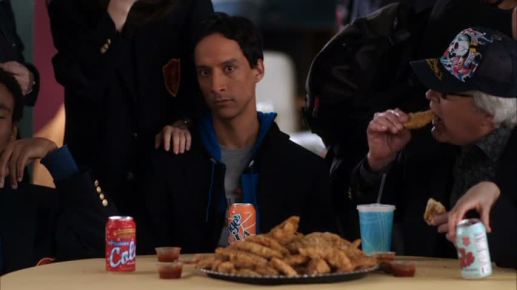 This episode is ridiculous. An homage to the gangster genre as Abed becomes a kingpin of sorts when it comes to the distribution of chicken fingers. While Modern Family may stand as the real reason “Community” landed a renewal after season 1, it was episodes like these that really helped light the path.

Advanced Dungeons and Dragons is, in a way, a bottle episode as well. We are introduced to Fat Neil, a Dungeons and Dragons gamer who has fallen into a spiraling depression as the study group tries to cheer him up by playing with him. This is where Chevy Chase, and the character Pierce really shined with all of his crotchety mannerisms, he becomes the villain of the game. The episode is set up so perfectly, and is chalk full of great one-liners and funny moments.

Wow, this is a funny episode. Troy and Abed start a pillow/blanket war on campus. Everything is over-dramatized to parody a Burns documentary. This is one of the many episodes where you kind of have to slap yourself because you can’t believe what you’re watching, but every minute of it is hilarious.

Dean Pelton sees that Jeff has been receiving a phony night-class credit, and from there the conspiracies keep piling on and on. Another very funny episode that parodies any movie/show that has the “big twist.” Meanwhile Troy and Abed start a pillow and blanket fort which would ultimately spawn the idea for Pillows and Blankets.

After his father passes away, Pierce, with the help of his friends, must beat a video game so that he can claim his inheritance. Fans of the show loved this episode so much that the video game now actually exists and can be downloaded here. Another example of how the Harmon really made the gimmick episodes work. This episode is funny and also reaches a touching conclusion. 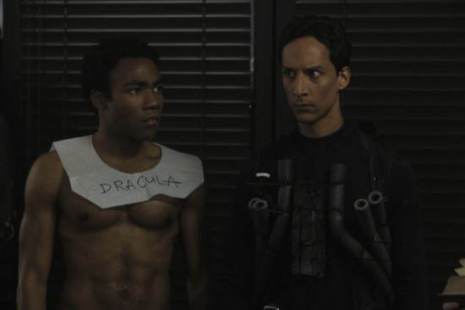 After Modern Family we had seen more gimmicky episodes, including Basic Rocket Science,  but the show treaded lightly until episode 6 of season 2. Epidemiology takes place during a Halloween party where Greendale participants are unknowingly eating tainted food which results in a rabies outbreak. So yeah, zombies. Troy and Abed together was a great bromance, but Epidemiology expanded upon that dynamic as well. Not to mention it is one of the funniest episodes of “Community.”