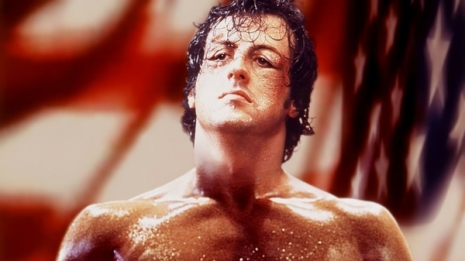 The film medium has been around for over a century now, and throughout the years there have been moments and stories that have held point in our minds from our favorite films. One conductor of this often not discussed is iconic characters. We don’t usually have to know a life story or an epilogue of a character to really enjoy their company and many characters throughout the years have stood the test of time. 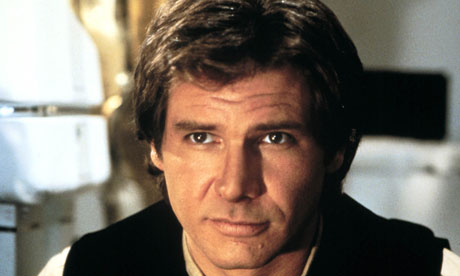 There are so many great characters in the original “Star Wars” trilogy. From the protagonist Luke Skywalker, the antagonist Darth Vader, and the strong side characters including Harrison Ford’s Han Solo. Han is introduced about a quarter of the way into the first “Star Wars” film as a smuggler. Obi-Wan and Luke ask for his assistance and the use of his ship, the infamous Millennium Falcon, which he called one of the fastest ships in the galaxy.

What makes Han Solo such an iconic character beyond the performance of Harrison Ford, was his cockiness and situational pessimism. The character provided comedic relief for the audience in a cool-downed fashion as opposed to the in-your-face dumbness of Jar Jar Binks in the prequels. 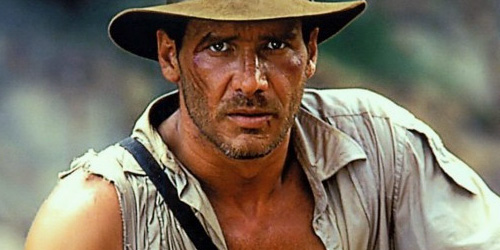 2. Indiana Jones, “Raiders of the Lost Ark” and 3 other franchise films

Also portrayed by Harrison Ford, Indiana Jones made his big screen debut in the 1981 box-office hit “Raiders of the Lost Ark.” Dr. Henry Walton “Indiana” Jones Jr. was an archaeologist/lone-wolf treasure hunter, who could dodge traps, engage in fist-fights atop of vehicles, and go on intense mine cart rides whenever the moment called for it. He was a super-powerless superhero.

The Indiana Jones trilogy (We can forget “Kingdom of the Crystal Skull” right?) was successful in its ability to take the audience on high-intensity adventures. Indy’s presence was enough to have AFI call him the second greatest hero of all time to Atticus Finch in “To Kill a Mockingbird.” 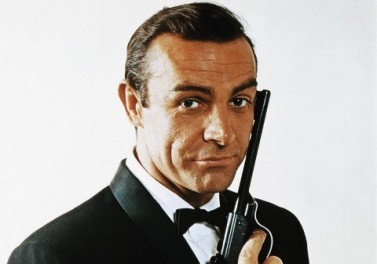 James Bond was a fictional spy created by writer Ian Fleming in 1953. This may be cheating a little, because he was an iconic book character before he became an iconic film character. In 1962 James Bond first appeared in “Dr. No” portrayed by Sean Connery. There have now been 23 films based on the character.

He has been portrayed by Connery in five films, George Lazenby in one film, Roger Moore in seven films, Timothy Dalton in two films, Pierce Brosnan in four films, and Daniel Craig in three films. Bond is an inspiration for all spy characters in television and film today. 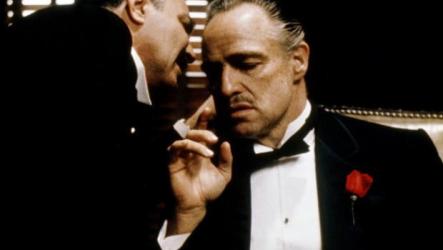 “The Godfather” is arguably one of the greatest films of all time. It’s really hard to imagine it though without Marlon Brando’s portrayal of Vito Corleone. “The Godfather” was based on Mario Puzo’s novel of the same name.

There have been many actors who have tried their hands at mafia characters, but none of them have come close to making it their own the way Brando does. Premiere Magazine lists Vito Corleone as the greatest movie character in history. 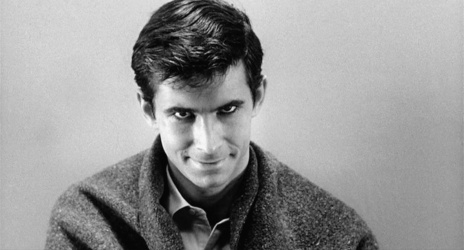 Norman Bates is a fictional menace created by Robert Bloch in his novel “Psycho,” which was later adapted into one of the greatest films of all time by Alfred Hitchcock. He was originally inspired by real-life murderer Ed Gein. He was a victim of emotional abuse as a child at the hands of his mother Norma who would tell him that sexual intercourse is sinful .

He displays textbook insanity and is often considered one of the greatest movie villains ever in film history. You can always refer to the three sequels to learn more about Bates or the currently running television series “Bates Motel,” but in the end nothing compares to Anthony Perkins’ dark portrayal in the classic Hitchcock film. 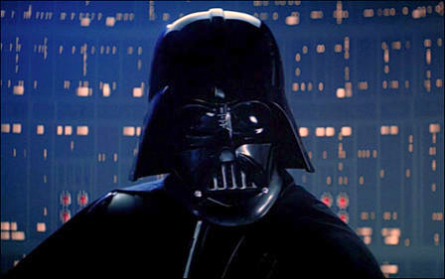 Another great film villain is a part of a franchise filled with many memorable characters.  Darth Vader was portrayed by many actors whose faces you rarely saw. He is known primarily for his heavy breathing, menacing outfit, deep voice (voiced by James Earl Jones), and most importantly his own haunting anthem that plays whenever he enters a room. Dum dum dum dum dumdum dum dumdum!

His real name is Anakin Skywalker, revealed in the second installment to be father to the protagonist Luke Skywalker. We see in the prequels the rise and fall of Anakin Skywalker as an annoying little kid to a whiney teenager, then being consumed by the dark side of the force. 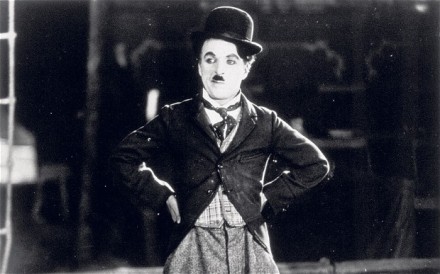 7. The Tramp, “Modern Times,” “The Great Dictator,” and many other films

Also known as, The Little Tramp, Charlie Chaplin played this clumsy, yet good-hearted character in 16 silent films. At the dawn of film, before sound, one of the greatest forms of entertainment was watching comedians like Charlie Chaplin and Buster Keaton play good-intentioned characters who are incredibly clumsy. Chaplin commonly appeared as the Tramp in the majority of his films.

“My appearance got an enthusiastic response from everyone… The clothes seemed to imbue me with the spirit of the character.” Chaplin said in a Woman’s Home Companion interview conducted in 1933. Beyond the many slapstick laughs, The Tramp was a character Chaplin held near and dear to his heart and was used to translate social commentary, from great films such as “Modern Times,” “The Gold Rush,” and the not-so-silent “The Great Dictator.” 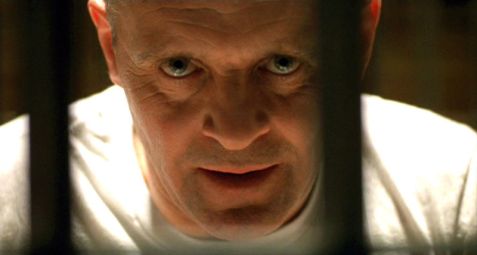 8. Hannibal Lecter, “The Silence of the Lambs,” “Red Dragon”

Another great villain has always been Hannibal Lecter. A fictional character introduced in the 1981 novel “Red Dragon” as a brilliant psychiatrist and a cannibalistic serial killer. Many other novels were written featuring the mass murderer by Thomas Harris including “Red Dragon’s” sequel “The Silence of the Lambs” which later translated into a five-time Oscar winning film.

Hannibal Lecter is best known for being brilliantly portrayed by Sir Anthony Hopkins who won an Oscar for the performance in 1992. From the novels came more films including “Red Dragon” in 2002 where Hopkins returned as Hannibal and another prequel titled “Hannibal Rising” in 2006. Both prequels weren’t nearly as successful as the 1992 Oscar-winner. 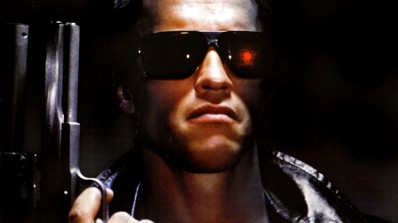 The Terminator, also known as T-800, T-850 or Model 101, is a programmable cyborg who is originally sent into the past on a mission to kill John Connor’s mother in the 1984 film “The Terminator.” He later returns in “Terminator 2: Judgment Day” as a protagonist, updated as a T-850 unit after being re-programmed by the resistance.

With the help of Arnold Schwarzenegger’s iconic Austrian accent, The Terminator became a box-office hit and warranted two sequels including a spin-off film “Terminator Salvation” and many other novels, TV series’, etc. 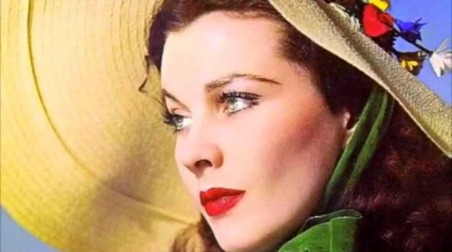 Scarlett O’Hara also originally comes from a novel written by Margaret Mitchell in 1936 titled “Gone with the Wind.” She is the oldest living child of Gerald and Ellen O’Hara born on the plantation Tara in Georgia. Mitchell’s novel was later adapted into one of the greatest films of all time in 1939 winning multiple Oscars and expanding upon the film medium with its dazzling color and production design.

Scarlett develops a relationship with Rhett Butler, played by Clark Gable. What makes Scarlett so interesting in the 4-hour film is her development through the besieging of the Atlanta Campaign where she proudly declares: “As God as my witness I will never go hungry again!” to the not-so-happy-ending where she pleas for reconciliation with Butler, but to no avail.