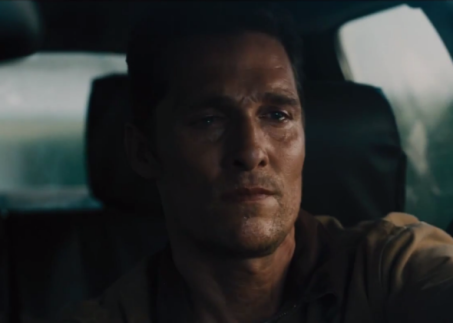 From the synopsis we have been given you could easily envision Nolan’s next film to be some kind of epic action/adventure. But the teaser spoke differently. The teaser had a somber and melancholy kind of mood. There weren’t any Batmobile’s racing through tunnels or rooms spinning, just, what seemed to be sadness.

Christopher Nolan, who has yet to be recognized for directing by the Academy, has always been a promising director. Some of his early work reflected more than just innovative style, but also innovative substance. “Memento,” “The Prestige,” “Following,” are all key films attached to this man’s resume. The synopsis of “Interstellar” teases a film about surpassing the limitations on human space travel using a newly discovered wormhole. Accompanied by a teaser trailer that reflects humanity’s need to discover more and more, we could have, not only an interesting, but timely story.

Writer/Director Alejandro González Iñárritu (Babel, Biutiful) has a new film coming out in October about a washed-up actor  who use to play a superhero, Birdman, as the actor tries to tackle a Broadway play in order to get a hold on his life.

Has Paul Thomas Anderson ever really made a bad movie? Based off the successful novel of the same name by Thomas Pynchon, “Inherent Vice” follows a drug-fueled detective as he investigates the disappearance of a former girlfriend. As you can tell from the photo above, Joaquin Phoenix has been given a pretty baity role.

It is said that the film won’t exactly be closely binded with the source material. But we’ve seen Anderson tackle weird and uncomfortable stories before with great success. Not to mention his ability to place actors in challenging, fulfilling roles. His recent films “The Master,” There Will Be Blood,” and “Punch-Drunk Love” have been polarizing though. People either love them or hate them. 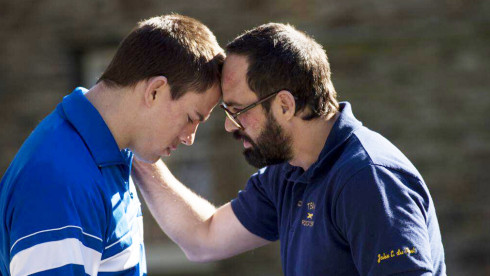 This film has been buzzing since the beginning of last year. Bennett Miller (Moneyball, Capote) is directing this film about Olympic Wrestling Champion Mark Schultz and how paranoid schizophrenic John DuPont killed his brother, the Olympic Champion Dave Schultz.

Steve Carell takes a wide U-turn from his usually comedies to play the paranoid schizophrenic killer John DuPont. This film is set to be in competition at Cannes this year, so be on the look out for early reviews soon! 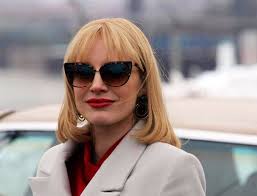 5. A Most Violent Year

Steve McQueen directed the Best Picture winner last year “12 Years a Slave” after which followed up two successful indie films he directed. The same success can happen to director J.C. Chandor whose first two films “Margin Call” and “All is Lost” were critical hits.

“A Most Violent Year” takes place in New York City in 1981, which was statistically one of the most violent years in the city’s history. Following an immigrant and his family as they try and expand their business well violence, decay, and corruption surround their every day lives. Oscar Isaac and Jessica Chastain are the leads of the film.

David Fincher can be considered one of the greatest working directors today. “Gone Girl” is based of a novel of the same name written by Gillian Flynn who also wrote the screenplay. The story follows Nick Dunne (Ben Affleck) who reports that his wife Amy (Rosamund Pike) has gone missing. He wants to make things right with her, but the media frenzy surrounding the case starts to raise questions: Did Nick kill his wife?

From the trailer we can tell that this is going to be a bizarre film with a darkened subject matter. The cast has raised some eyebrows (Tyler Perry and Neil Patrick Harris are in supporting roles), but the film looks interesting and Fincher has had a pretty impressive track record with his recent projects (“House of Cards,” “The Social Network,” “The Girl with the Dragon Tattoo”).

It won’t likely garner any awards attention, but “The Interview” sounds like a hysterical premise put under some of the best comedic filmmakers working today. The only thing stronger than the Franco-Rogen collaboration has been Seth Rogen’s collaboration as a writer/director with Evan Goldberg. The two most recently wrote/directed the critical hit “This is the End.”

The premise follows Franco as a talk show host and Rogen as a producer. They get an interview with Kim Jong-Un and the CIA asks them to kill him. It sounds funny, it sounds controversial, but all in all it should be a good time at the movies and should collect many great reviews along the way.

Director Jean Marc-Vallee struck gold with “Dallas Buyers Club” last year. It is possible that this film could do the same. Based on the memoir of the same name, written by Cheryl Strayed. The film follows Cheryl’s 1,100 mile solo hike taken as a mean to recover from a recent catastrophe.

Who knows how much of this film will feature Reese Witherspoon alone on screen, but it sounds like it could be a star-making role.

The year is almost halfway over and this film still doesn’t have a title. It is possible that it will get pushed to 2015. Stephen Frears (“Philomena,” “The Queen”) directs the story of Lance Armstrong, through his successes and his falling out.

When Ben Foster was perfectly cast as Armstrong, it sounded like he could be, at least getting a glimpse, of Oscar gold. Foster has been an actor who has performed tremendously in many under-valued films. Lee Pace, Chris O’Dowd, Dustin Hoffman, and Jesse Plemons also co-star.

Just like J.C. Chandor, Jeff Nichols has now knocked it out of the park with two fantastic feature films, “Mud” and “Take Shelter.” “Midnight Special” follows a father and son who go on the run after the father learns that his son possesses special powers. Not much more than that is known about this film yet.

The film stars Michael Shannon who has developed a strong professional relationship with Nichols, along with Kirsten Dunst, Adam Driver, and Joel Edgerton. The cast is strong, and the director is strong, so this could be the film that sneaks up on everyone by the end of the year.

2 thoughts on “Preview: Predicting the Best Film of 2014”