So here are our final Oscar Predictions for the 2014 season. Stay tuned to the Oscar page for our 2015 Nominee Predictions.

There were also recent ludicrous reports that many Academy members didn’t even watch “12 Years a Slave,” that it was just too hard to swallow. This is bogus. If enough people ‘swallowed’ “Schindler’s List” then every single Academy member who put that screener into their DVD player saw “12 Years a Slave.” And going by recent numbers many people loved it. 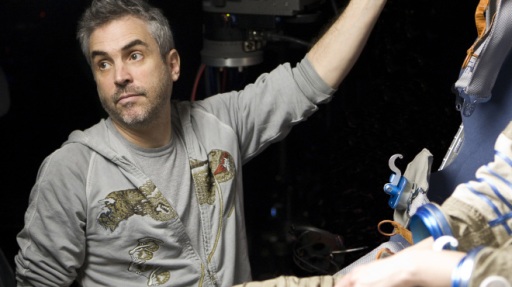 Alfonso Cuaron was a front-runner here even before “Gravity” tied the PGA and Cuaron went on to win the DGA. “Gravity,” if anything, is a directorial achievement in the same way that “Life of Pi” showcased the talent and vision of Ang Lee.

People have argued that splits between director and picture are rare. Yeah they are, but they happen on unconventional years. This year is unconventional. McQueen’s name hasn’t shown up anywhere in this category. So he’ll have to settle with the film winning Best Picture instead. 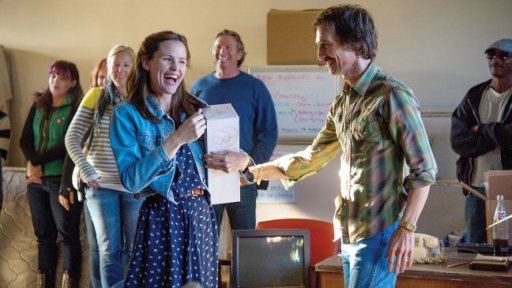 McConaughey was never my first choice to win this category, but he seems to be everyone elses. Literally transforming into Ron Woodruff, McConaughey nails the part and has been charming voters ever since the award season began. He’s beatable, but at this point it doesn’t look like he’ll be taken down.

Ejiofor is also a major contender here, depending on how much the Academy falls for “12 Years a Slave.” Leonardo DiCaprio had to be my alternate though, not just because he is overdue and it’s a good performance, but because the recent string of “Wolf of Wall Street” campaigning has been pretty great.

Cate Blanchett has swept the guilds and critics awards, making this categories prediction one of the safest bets. Sandra Bullock could ride some of “Gravity’s” momentum, but at this point Blanchett is too much of a juggernaut in this category to be dethroned.

Jared Leto practically steals the show in “Dallas Buyers Club.” The lead singer of the band 30 Seconds to Mars will be receiving the highest of honors as a film actor tomorrow night. It is highly unlikely anyone can stop Leto at this point. But if anyone is going to try and get it, it’d be Fassbender in the case of a “12 Years a Slave” slam across the board. Which is highly unlikely.

One of the tightest races of the night. This category has been Nyong’o vs. Lawrence since the beginning. Nyong’o was named an early front-runner until Lawrence’s name started getting called for many precursors. Nyong’o is coming off a BAFTA and a SAG win though. And it’s hard to see people being so eager to give Lawrence her second Oscar a year after she received her first.

Alternate: The Wolf of Wall Street

“12 Years a Slave” is practically unbeatable here. Although an upset is possible. It’s hard to see which script could take John Ridley’s down. If anything Terence Winter’s “The Wolf of Wall Street” has landed with some critics groups, but it’s a long shot. 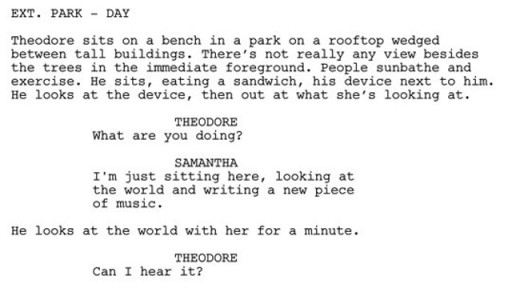 There are a lot of great things about Spike Jonze’s “Her.” But the thing that shines the most is the screenplay. Receiving a lot of accolades recently over much of the competition, it’s likely that “Her” wins this award, if any. “American Hustle” isn’t a front-runner in any category, but it gets close. This could easily be the one it steals. 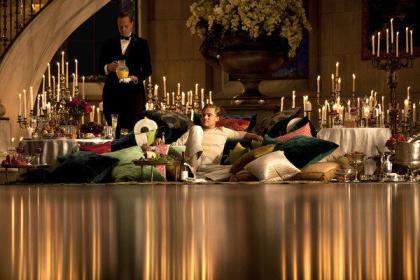 Every nominee here is a contender. “American Hustle” is probably the weakest link, but don’t be surprised to see “Her,” “Gravity,” or “12 Years a Slave” show up. “The Great Gatsby” is the favorite simply because it’s Production Design is jaw-droppingly stunning. This could also be an extra award collected by “12 Years a Slave” or “Gravity” though.

“Inside Llewyn Davis” has been getting some attention in this category as well. But if it’s not going to Emmanuel Lubezki for his work in “Gravity,” then it will likely become a make-up award for Roger Deakins. In all seriousness though, “Gravity” won’t lose this.

On the seesaw with these two films. “Captain Phillips” above all is an editorial achievement. If I was an Academy voter I’d definitely vote for it above “Gravity.” “Gravity” achieved many great things with its visual effects, sound, and cinematography. The editing was well, good but not what made the movie pop. Considering that most people don’t know how the editing process works “Gravity” probably looks like the strongest contender on the outside. Watch out for “American Hustle” as well. 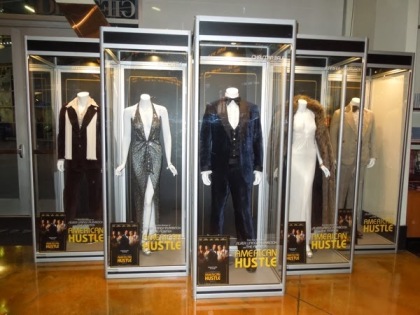 I was really torn between these two films. “The Great Gatsby” has some very unique costume designs, but “American Hustle’s” costumes really stood out. It’s a 50/50 shot between the two, but in the end I think you just have to lean toward the better movie, and that is easily “American Hustle.”

Anyone’s game. Just looking through some stills from each of the movies the makeup is very impressive all around. Personally, I found “Dallas Buyers Club’s” makeup to be the least impressive. Don’t get me wrong it’s well done, but “Bad Grandpa” and “The Lone Ranger” practically rely on the success of their makeup job. “Bad Grandpa” is a film about fooling people with good makeup. Tough category.

Another difficult category. I’ll have to give it to the “Gravity” train though. “Gravity” is going to start off Sunday’s ceremony strong winning technical awards left and right. “Her” also has a very strong score, but in the end I’d have to say “Gravity’s” score popped more and will probably be a film that gets more love in the end than “Her.”

“Ordinary Love” got a lot of love from the HFPA, but “Let It Go” has been blowing up everywhere. Just about every regular joe out there knows the lyrics to this song. There have been many covers and fan videos based off the song as well. The highlight of tomorrow night’s ceremony will probably be the live performance of “Let It Go.” So at this point, it seems unbeatable. 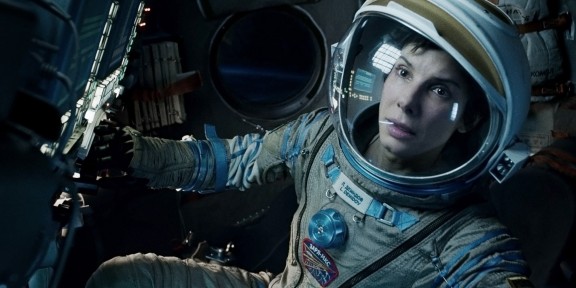 It’s possible that “Gravity” will lose here, but not likely. The film is a technical juggernaut. 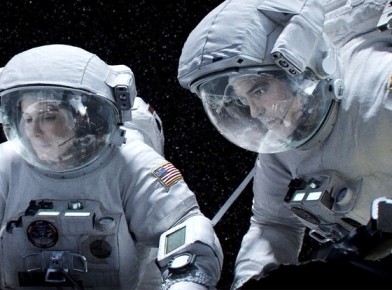 “Inside Llewyn Davis” is the only nominated film here that didn’t appear in the “Sound Editing” category. I guess this is because of the difficulties with mixing the music. It’s unlikely that Llewyn will rise to the occasion though. “Gravity” is pretty strong here.

Alternate: The Hobbit: The Desolation of Smaug

“Frozen” looks very safe here. Unless there is an unusual amount of love leaned toward “The Wind Rises” which shouldn’t be counted out as a possibility. 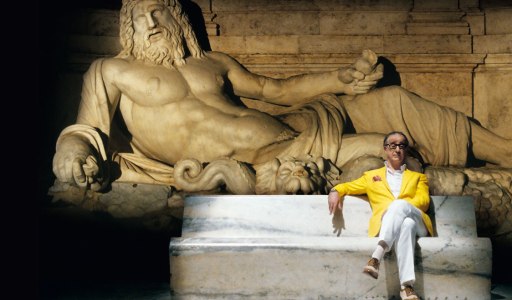 This is a difficult category. If “The Past” had made it in it wouldn’t seem so bad. But who knows what these guys are voting for if not some of the best foreign films of the year? “The Great Beauty” seems to be a safe bet considering its appearance at many precursors.

Winner: The Act of Killing

“20 Feet From Stardom” seems like a story that would appeal more to the Academy voting body. But “The Act of Killing” is just so damn good. It’s hard to see anyone picking anything over this film. It’s 50/50 between the two, but I’d say with precursor love “The Act of Killing” has the edge. 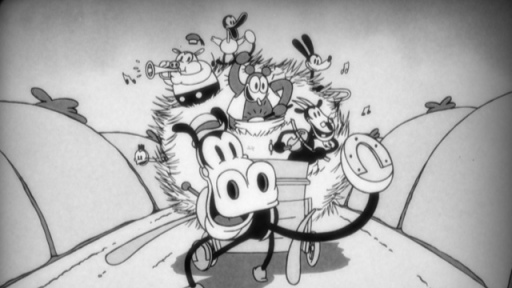 Winner: Get a Horse!

Winner: The Lady in Number 6: Music Saved My Life

Alternate: Karma Has No Walls