Video Game Analysis: Games based off movies – the rise and fall 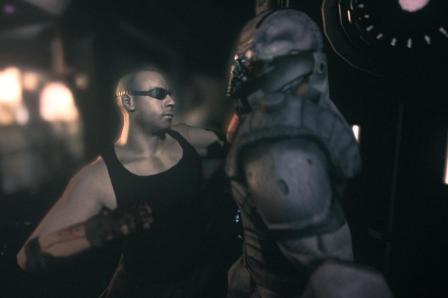 Video Game Analysis: Games based off movies – the rise and fall

When compiling the lists for the greatest video games of the 80s and 90s, many video games adapted from movies were in contention. “Star Wars,” the 80s arcade game, placed 7th on the 80s list and “Goldeneye 007” placed 7th on the 90s list as well. They use to be everywhere; we had “Jurassic Park,” all the Disney films of the time – “Aladdin” and “The Lion King.” Some of them were pretty good too.

It’s hard to call this a “rise and fall” when, at the dawn of video games, a direct adaptation of Steven Spielberg’s “ET” was released to the Atari 2600 and was held accountable for the great video game crash of 1983, and the unsold copies were dumped into a landfill in New Mexico. “ET – The Extra Terrestrial,” for the Atari, is still widely regarded as one of the worst video games of all time. Still, movie adaptations found a new life in video games and it has been devolving through the years, but why?

We all know that video games have never had much luck transitioning to the big screen, but the same can’t be said for movie based video games. LucasArts was created in 1982, acting as the video game part of the LucasFilm company. The “Star Wars” franchise has had some very successful games throughout the years, and they are still being created. “Star Wars: Knights of the Old Republic” may just be the greatest video game based off a movie franchise of all time, however it is based off a movie, it is  a spin-off with its own original narrative.

Rockstar is arguably the most popular video game production company. They reportedly spent five-years developing the major financial success that was “Grand Theft Auto V.” On average a movie usually takes between a year and two years to make from concept to release. Video games are more complex and time-consuming. It’s more difficult to create a high-quality video game to be released alongside a film.

Video games have evolved a lot in the last thirty years. They take more time and more money to develop. Video Game to Movie adaptations are there to make money and to draw attention to the corresponding film. A studio will often partner up with a developing company and they will give them the necessary funds to put together what they can in a certain time frame. Studios may have been more courteous with their budget back when video games were cheaper to make and didn’t require as much time.

To help with the time restraint issue many games released with their corresponding movie aren’t a direct adaptation of the movie. For instance if a studio knows they will be releasing a major motion picture in five years but have yet to fully develop a concept or script, they could go ahead and partner up with the video game company and have them get started with a separate script. “Chronicles of Riddick: Escape from Butcher Bay” is a good example of this.

This is what happened with “Star Trek: The Video Game,” which was released at the beginning of this year.Unfortunately while it had promise, it was ultimately disappointing to fans. It felt rushed and the graphics didn’t seem up to par with the times. It was released alongside “Star Trek Into Darkness.”

Video games are more complex to develop now, not only that, gamers demand a higher quality product for their dollar, which makes it hard to see a future in movie based video games. Popular franchises will live on for a long time – “Star Wars,” the Marvel Universe, the DC Universe – but if you look at many movie-based game releases today you’ll rarely find something that isn’t a product of Disney (which now owns Marvel and and Star Wars), they have more investments in the video game industry and with the adoption of LucasArts we will still be seeing titles from them for some time.

Direct adaptations are disappearing, or at least very hard to see. The time and resources required to make a good game now is too much for many major studios. And as time goes by and video games continue to evolve in their complexities, I can easily see a future where movie-based video games no longer exist.