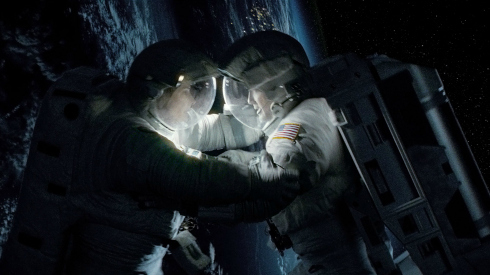 When the film was first announced last year, many speculated great things for “Gravity.” The premise was intriguing, and with veteran director Alfonso Cuaron on board, alongside two of Hollywood’s biggest stars, the film had great potential. After the teaser was released it immediately climbed to the top of Oscar prognosticators’ predictions for all the technical categories including: Visual Effects, Sound Mixing, Sound Editing, and Cinematography. What could beat it? It was destined to be this years visual stunner.

“Gravity” received universal acclaim from screenings at multiple film festivals and released earlier this month to a 97% on Rotten Tomatoes and a 96 and MetaCritic. It went beyond the festival buzz, often being called a “masterpiece” and “The Best Film of 2013.” But is it?

Is Alfonso Cuaron’s “Gravity” worth those high scores from critics? Is it a masterpiece? 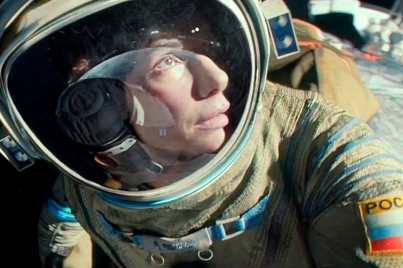 In “Gravity” Sandra Bullock plays Ryan Stone, a medical engineer who must work with an astronaut (played by George Clooney) to survive after their satellite is destroyed. Unlike survival films “Buried” or “127 Hours,” Stone isn’t stranded in one place. She makes it to a Russian satellite and from this point in the film, everything that can go wrong does. It shares central themes with other survival films, including faith and will. Stone fights for her life, gives up, then keeps fighting.

What really impressed me was how little the film told us about both Clooney and Bullock’s characters. We knew just enough to care. We learn about Stone’s grim past where her daughter passed away and how since then she has become a shell. And while perils and near-death sequences are thrilling (for us), she is able to use this experience to come to terms with her dark past and fight for her future.

So does “Gravity” just teach us the morals of other survival films? Do we learn anything about human-will or existentialism that we didn’t already learn from other survival films? Some have argued that “Gravity” means much more than these subjects, that it has things to say about existence and the importance of faith (as opposed to the importance of having faith). There is a scene where Stone has accepted her death as she listens to a Chinese man at home over a radio. She hears a baby and a dogs and it is such a poignant scene, she reacts to the noises by howling and laughing. She hasn’t lost her sanity, she has gained perspective on the little things in life. She is given a near-death vision where Matt (Clooney) tells her that she needs to keep going, that survival is what is important. The final act of this film hits a lot of key emotional notes that allow us to root for a character we barely know.

Is the whole film fantastic? It’s hard to say. I have my opinions, like anyone else, and my answer would be: well, yeah. “Gravity” is technically perfect; the effects are perfection down to every key detail. The sound design adds to the claustrophobic experience, the editing flows seamlessly and the cinematography is choreographed and lit so well it’s almost beyond logistical comprehension. The Film was shot digitally on Arri Alexas.

Is it a masterpiece? I wouldn’t throw that word out there yet, to any film that is less than ten years old. Opinions change, flops become cult-classics, and hits become over-rated. It is irresponsible for any film critic to throw out that word to a film not even a month old. Could it be later on? Maybe, it has been maintaining a steady box-office so a lot of people will see it, the consensus is universally positive and the film achieves a technical perfection that not many other films have.

Is “Gravity” worth the high scores that Rotten Tomatoes and MetaCritic gave it? It’s hard to tell. While MetaCritic takes a more mathematical approach to its consensus, Rotten Tomatoes only gives a percentage of how many people liked the film. Personally, I’d give it a 90/100, I loved it, but it was not without flaws. My review may change with age though, I didn’t think as much of the film when the credits rolled as I do now after about a week of reflection. What will happen with a year of reflection?

Is it the best of 2013? For me, it is right up there with “Rush.” Critically, it appears to be one of the best reviewed films and it will do very well at the Oscars and other awards. As of now, it is a major contender for the best picture Oscar, its only rival being “12 Years a Slave” which continues to get raves. Still, many films have yet to be seen including Scorsese’s “The Wolf of Wall Street” (which may get a 2014 push), or Russell’s “American Hustle” which could be as well-received as this.  Regardless, it is hard to see any director this year getting it over Cuaron.

Is “Gravity” really that great? Yes. Yes it is. Your opinion may not be as high as others, regardless, “Gravity” is a movie that should definitely be seen. It is on its way to having (one of) the highest box-office incomes this year, and it is worth your attention. As far is it being the best of 2013 or a masterpiece? We’ll discuss that later.