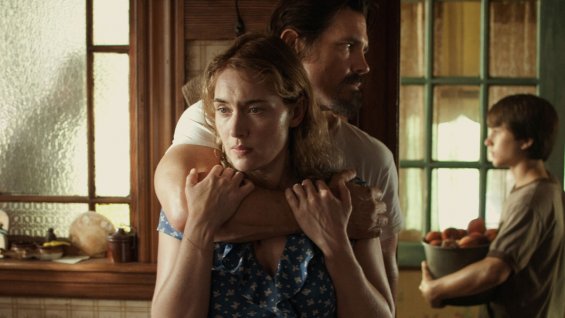 One of the few Oscar hopefuls yet to have a trailer speak for it, “Labor Day” follows a mother (Kate Winslet) and her son (Gattlin Griffith) when an escaped convict (Josh Brolin) comes into their lives.

Right after the film wrapped up it was met with some strong-worded praise, followed by some shrugs. The film currently has 4 reviews on Rotten Tomatoes, 3 positive and 1 negative.

Within the early reviews and reactions, the consensus seems to be it is very good, but may be too sugar-coated for Oscar. Multiple comparisons have been made to Nicholas Sparks, although one was made to Terrence Malick. May not make it into the Oscars in such a crowded year, unless many of the films are revealed to be of lower quality.Here were some of the Twitter reactions:

@firstshowing (Later): Will be thinking about the emotions and complexities of the story in Labor Day for a while. Had to wipe away a tear. Very affecting film.

@akstanwyck: Labor Day is that rare thing these days, a well wrought drama, a love story and a tear jerker. Sniffles in the house, Winslet in the Oscar race.

@ScottFeinberg: LABOR DAY is a tearjerker featuring very strong perfs all around. Certainly a contender for acting/screenplay. Pic/director will be harder.

@eugenenovikov: LABOR DAY (C+) And now for something completely different from J. Reitman. Beautifully made, but unravels in the Sparks-ian last 1/3. –

@TomiLaffly (Later): U can feel Reitman’s honesty as you go deep into Labor Day. He got great work out of his cast. Audience absolutely loved it – this will last.