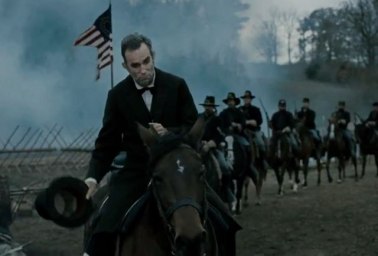 This will be the second to final Oscar Predictions before they are announced in January. But then we will be predicting winners. The Media 10 has also moved Oscar Predictions to their own page found at the top of the lefthand column.

At this moment in time, nothing is set in stone. Zero Dark Thirty has taken home many critic awards for Best Feature and there are stacks of positive reviews. Les Miserables, despite ovations and Academy-screening applause, is struggling with critics.

CRITICS DON’T VOTE FOR THE OSCARS. The Academy consists of film professionals, actors and other enthusiasts. SAG is one of the biggest indicators for the Academy since it consists of a good majority of actors. SAG can go to either Lincoln or Les Miserables.

After the reviews of Les Miserables the new front-runner has become Lincoln, although it is definitely not set in stone. It’s hard to tell how well the Academy connected with Les Mis outside of just the attendees of a screening, but it is an actors film.

We may be looking at a sweep from Lincoln and Les Mis  at the Golden Globes, but that won’t tell us anything considering they are split in separate genre-categories. Sally Field vs. Anne Hathaway  at SAG and GG will be big, especially if Filed upsets then we will know that Lincoln is the true front-runner. Also a chance Silver Linings Playbook could upset Les Miserables at GG since rumor has it that the HFPA didn’t care for Les Mis.

It is down to Lincoln vs. Zero Dark Thirty vs. Les Miserables with Argo and Silver Linings Playbook hanging on the outskirts.