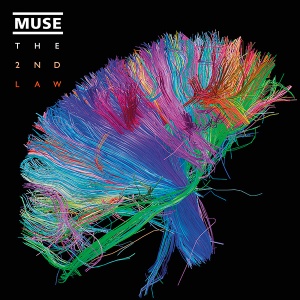 “Muse is our generations Queen.” said a youtube commenter who was voted into the top comments section. I’ve never really thought about Matthew Bellamy’s voice resembling Freddie Mercury’s until I heard their newest album The 2nd Law. Which takes are darker turn for the three-person band both lyrically and musically.

Let me start of by saying that Muse is one of my favorite bands, no song in particular probably makes my top 10 or even top 20 list though. But unlike most bands, Muse is consistent and with The 2nd Law they maintain that consistency of good music.

In a world where some consider real Rock music to be dead, there is still many bands out there keeping it alive. You probably won’t hear a Muse song on your local radio anytime soon, much like other Rock Bands and that is sad and unfortunate. Its been three years since the release of their last album The Resistance which was critically acclaimed. Will The 2nd Law reach such heights? Probably not.

When I was listening through the album the lyrics seemed to be telling a dark storyline. I know music is incredibly ambiguous, so my interpretation may be a rare one. Early on the album you have the song “Madness” which was leaked earlier on to positive feedback with some fans complaining that it didn’t have the same musical quality as other Muse songs.

Madness struck me as a song about a guy madly in love with a girl or going mad from losing someone. As we proceed we hit the song “Panic Station” followed by “Prelude.” I found it peculiar that a short song titled “Prelude” was four tracks in. After “Prelude” is “Survival” which I took to Twitter calling it my new pump up song. But as it contributes to the album, I see the lyrics as a metaphor as for fighting for someone.

“Follow Me” is one of my favorite tracks on the album, but it’s when things get depressing with lyrics like “Follow Me. You can trust in me. I will protect you my love. Feel my love, Feel my love.” So he is losing someone, but saying that he will always still be there for them. “Animals” takes a more angry approach saying “Crush those at your feet.” and telling it’s listener to buy themselves and island and ocean, and the last line being “Kill yourself, come one do us all a favor.”

Animals, describes the angry depression after a break-up or the anger of any grievance process of losing someone you love. You feel like you have no more reason to live. “Explorers” furthers my suicide take, with one of my favorite lines in the album “Free me, Free me, Free me from this world. We don’t belong here. It was a mistake imprisoning our souls.” The same line is repeated throughout the song, except the first time he is possessive and says “my soul” ect. Then he speaks for everyone, or his fellow “Explorers.”

“Big Freeze” furthers my explanation of it being a relationship rather than a loved one dying. Don’t give up, don’t let the magic leave us, Stop the loneliest force becoming king of the universe.” Being one of the lines from the lyrically spectacular song, too bad the music doesn’t do the lyrics justice here.

In “Save Me” we have: Hold me cause I’m sure I hated ,Promises they are overrated ,Wait just a while , While I’m drowning in denial.” He is in denial from losing someone and doesn’t want it to end. “Watch me cos I’m on a mission, Hold me back so I’m forced to listen, Don’t let me go cause I’m nothing without you.” He doesn’t want to let go of his loved one and wants her to save him from himself and his suicidal thoughts.

“Warm my heart to remind, And hold my head up high, And help me to survive, Kick me when I’m down, Feed me poison, for me till I drown, Wake me up before I get punched out and fall into the night” this is “Liquid State.” which I have a hard time interpreting whether he got over his depression or succumbed to suicide.

The last two tracks answer no questions on the outcome, “The 2nd Law: Unsustainable” is a musical mess with lyrics about energy. It is possible he reduced himself to a liquid state and “The 2nd Law” has something to do with it. Regardless my whole interpretation is speculation, but the final and one of the most beautiful tracks is “The 2nd Law: Isolated System” which is sadly instrumental.

There are hits and misses with Muse’s new album “The 2nd Law” fans have been disappointed by their new sound, but no two Muse soundtracks sound the same. In an interview Wolsenhome said that the album would be “something radically different.” And I can almost safely say there is nothing else out there that sounds like that.

It is kind of saddening that so much electronic sounds substitute the amazing skill of the performers, but sometimes it works. There are elements of dubstep here, and I am not at all a fan of the genre, but I hate dubstep for being repetitive. The dubstep presented in The 2nd Law never feels repetitive with the exception of “Unsustainable” which yields all talent of the performers.

Not many bands out there can be musically and lyrically gifted. Muse is both, The 2nd Law may be one of their worst albums to date, but it is not a bad album by any means. The lyrics overpower the music many times, I suggested listening closely to them for a good poetic story.

One thought on “Music Analysis & Review: Muse – The 2nd Law”