TV Analysis: “Glee” Why we love to hate it. 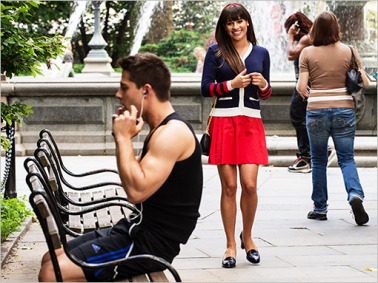 TV Analysis: Glee: Why we love to hate it.
by Meghan Paul

Although this may be unoriginal and contrived, I feel the need to talk about it anyway. While I have not followed Glee since its second season, I have seen a few episodes in the past year (including the first couple of episodes of this current season) and I have so much I have to say.Who are all these new people?

Glee currently has me feeling like an old lady yelling about her stories, “Who are these people? Who is that funny looking girl? Why are they here? Where is everyone that I used to know?” I’ve become quite confused and loud.

I understand that change is important. Most shows do make changes as the years pass; however, it’s usually just with their current characters. Characters develop, things change, sometimes new people are added to the mix, but it’s always relevant and it always makes sense. Glee doesn’t do it this way though. Ryan Murphy (who is a very successful grown man that I almost feel weird about criticizing as a not-exactly-grown-up college student) thinks that replacing and adding characters in the hopes of continuing a show in an attempt to keep it going in the same way you have been for the first three years is totally fine; so many random new characters have showed up over the seasons, and in the most bizarre plot lines ever. The Irish kid –who came from The Glee Project, a show I may or may not have completely followed from beginning to end– shows up and is obviously the foreign exchange student. What else could he be, right? Always breaking down barriers.

This current season, the new characters are there to take over for the people who have graduated. There’s a new girl to take over for Rachel. The show doesn’t just assume the audience would put two and two together and be like, “Yeah, she seems like she could kind of be like this person…” or whatever, but instead they actually make it part of the first episode’s plot in a “New Rachel” competition.

In the beginning of its series, Glee, much like most (good) shows, had pretty decent and even funny storylines that were enjoyable and kept me interested enough to keep watching for the next episode. I cared about what happened with Rachel and Puck (because I definitely preferred them to Rachel and Finn), and I cared what happened with Mr. Schuster and his wife’s marriage. But by the second season, it was as though the writers worried less about what the story was about, and more about how they could shove a song or a dance number into some weak plot to make people forget that there really was no story and hope that they would just dance and hum along.

I’m often told to calm down, and not to get so worked up about it. And to that I say: don’t tell me what to do. I am greatly offended (not really) that Ryan Murphy got me so wrapped up into this show in the beginning that he cannot keep me interested enough to learn who any of these new people are or what is happening with Rachel and Kurt right now. They’re living in some amazing New York City loft, right? That’s cool. I would always wonder aloud if I missed something important, or why and how they were doing a ‘Forget You’ and ‘Don’t Stop Believing’ mash up. Did anything happen while I walked away to do my laundry? Most likely no, nothing happened and most likely nothing really ever will again.